Situated in the Yanqing district of China’s capital city, the impressive expo site covers 503 hectares. The expo expects to host an incredible 16 million visitors before it closes on 7th October. In the park, over 110 international participants have created gardens and landscapes to showcase the horticultural character and excellence of their nations.

The expo’s theme ‘Live Green Live Better’, is based on the concepts of ecological civilisation and green development. The park presents strategies for meeting the sustainability needs of our planet and populations, and opens a door to China’s horticulture industry, enabling collaboration on a global scale.

On April 28th, the expo was officially opened, and I joined country leaders to meet China’s President Xi Jinping for an official tour of the expo park and a tree-planting ceremony. The country exhibitions, featuring plants and gardening arts characteristic of their nations, where also visited by respective foreign leaders.

With the world’s eyes and ears focused on our industry, I delivered a speech at the opening ceremony upon a truly global stage. Through this expo, our industry received the opportunity to convey the crucial role we play in developing green infrastructure and spaces where people can ‘Live Green Live Better’. Furthermore, our message was powerfully echoed.  In his speech, President Xi Jinping reaffirmed China’s commitment to ecological civilisation and green development and spoke of China’s aspiration for – “towns and cities to be filled with the twitter of birds and the fragrance of flowers and mountains in shades of green”.

The spectacular opening of Expo 2019 Beijing demonstrated the undeniable value of expos; the potential for creating a positive impact on people’s lives has grown ever greater with the emergence of a globalised world. As the flag of the International Association of Horticultural Producers (AIPH) was raised, I stood immensely proud of the global cooperation and unified mission our industry represents to the world. 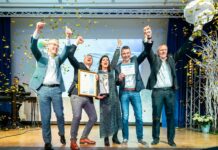 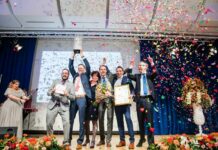 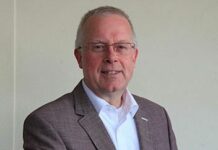 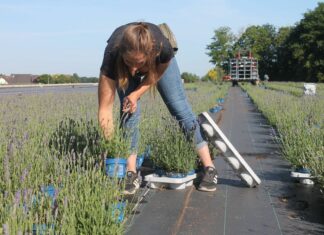 Arno Engels - 5 juni 2020
0
Gartenbau Janßen in Germany has picked the last pot grown lavender for this season.The nursery based in Kevelaer, in the growing and trading area...

International Horticultural Expos as tools for your growing business

Why not celebrate the best in floriculture?