Last week, we celebrated the 45th anniversary of our local auction OFG (Ontario Flower Growers Co-operative). The auction started in 1972 with the aim of making plant and flower trading more transparent. Nowadays, they are still closely following the day-to-day price formation, established by various parties.

All buyers and employees were invited to a champagne breakfast and one of the employees was honoured for her 45 years of loyal service. Joyce has been working with the auction since the very first day. As per the 20th of November, she’ll fulfill the role of Operations Manager. 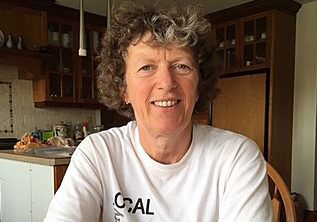 The new General Manager will begin on the same day. His background is in trading and his particular focus will be on increasing the auction’s turnover. The number of auction members has gone down over the years, either because they retired or because they chose different distribution channels. Members have now been asked to make more produce available (there’s no obligation to supply to the auction), in order to maintain a certain level of turnover. The auctioning of imported plants and flowers is increasing, too.

We’ve been busy in the greenhouse the past six weeks, preparing for next spring. We had temporarily hired some extra part time staff to help out with the cutting and potting of hibiscus and the potting of bromeliad. We were lucky to find these women, who had (nearly) retired. Over here, people can already retire at 55. It was nice working together and we got lots done. Now that most of the jobs are finished, we’ll end our autumn peak with a lunch at the local Italian restaurant.

Building works for our extension have also been ongoing. The underfloor heating tubes will be filled with hot water next week and after that, everything will be connected to the climate computer. Screening won’t be installed until next year, though.

The deer (bow) hunting season started on the 1st of October. There was only one week in November during which it was also allowed to hunt using a shotgun. Although plenty of deer were spotted by the camera, not a single one was shot. It turns out that hunting has a success rate of no more than 13%, mostly because chances of spotting a deer aren’t great.

Well, the season lasts until the end of December. There’s still hope! 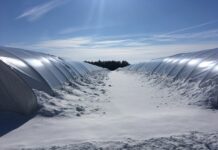