For a long time, the ideal was to make it as easy as possible for as many countries as possible to trade with each other. This multilateral trading system, which initially had the GATT, and since 1995 the World Trade Organization, as the big driving forces, has started to show some cracks. Some countries no longer see the advantages. Take the USA, for example. The EU is under pressure too. What does this mean for the international flower trade?

‘Take back control’ was the slogan of the Brexit campaign in the run-up to the EU referendum on the 23rd of June 2016. Many British citizens have objections against the United Kingdom’s EU membership. They want more control on immigration and they want to be able to design their own laws, ruled by their own judges.

In the referendum, 52% of the British population voted in favour of EU departure. Brexit was a fact. A lot has already been said and written about Brexit and it’s currently the development that has the most impact on the international flower trade.

However, there are more tensions within the European Union. The latest example is Italy. The new Italian government, consisting of populist parties Lega Nord and the Five Star Movement, made a budget that doesn’t meet the requirements of Brussels. The European Commission sent the Italians back to the drawing board.

Italy now has three weeks to submit a revised budget. Whether the Italians will bow to the pressure of the EU remains to be seen. “The Italians come first”, said their Minister of the Interior, Deputy Prime Minister and party leader of Lega Nord, Matteo Salvini. “Italy no longer wants to be a slave to these ridiculous rules”, quoted Dutch newspaper Trouw.

Outside the European Union, Turkey and Russia often cause tensions. The countries don’t seem too bothered by international agreements. Turkey has been a candidate member of the EU since 1999. So far, they haven’t managed to turn it into a full membership. There were some periods of negotiations, but they were always followed by a period during which the plans were put on hold. In recent years, the relationship between Turkey and the EU worsened again, confirms Henk van Ginkel, VBN (Dutch Flower Auction Association) lobbyist. This was due to the 2017 referendum aiming to increase the power of Turkish president Erdogan.

The Turkish government tried anything they could in various European countries to get ‘yes’ votes from Turkish citizens living abroad. It led to annoyance in many of those countries. In the Netherlands for example, tensions ran high when the Dutch government refused a Turkish Minister entrance into the country.

Russia is another example. The country, which has been a World Trade Organization member for almost seven years now, has used trade as a means for political pressure in the past. In 2014, they introduced an import ban for 28 EU countries, the United States, Australia, Canada and Norway. It applied to meat, fish, vegetables, fruit and dairy products.

It was a counter measure against the countries that had imposed sanctions against Russia because of the civil war in the east of the Ukraine. One year later, the Russians threatened with an import ban on Dutch flowers, suggesting the products contained harmful organisms.

It seemed that this threat had everything to do with the Dutch efforts to bring the MH17 crash to a UN tribunal. Russian President Vladimir Putin was strongly opposed to this. The Russians didn’t go ahead with the import ban in the end, but they did implement stricter border checks for Dutch flowers.

Outside Europe, the United States is the most prominent country that currently prefers protectionism over free trade. Donald Trump is trying to protect the American market. So far, this has led to a revision of their NAFTA agreement with Canada and Mexico, a trade war with China, and they’re close to a trade war with the European Union too. 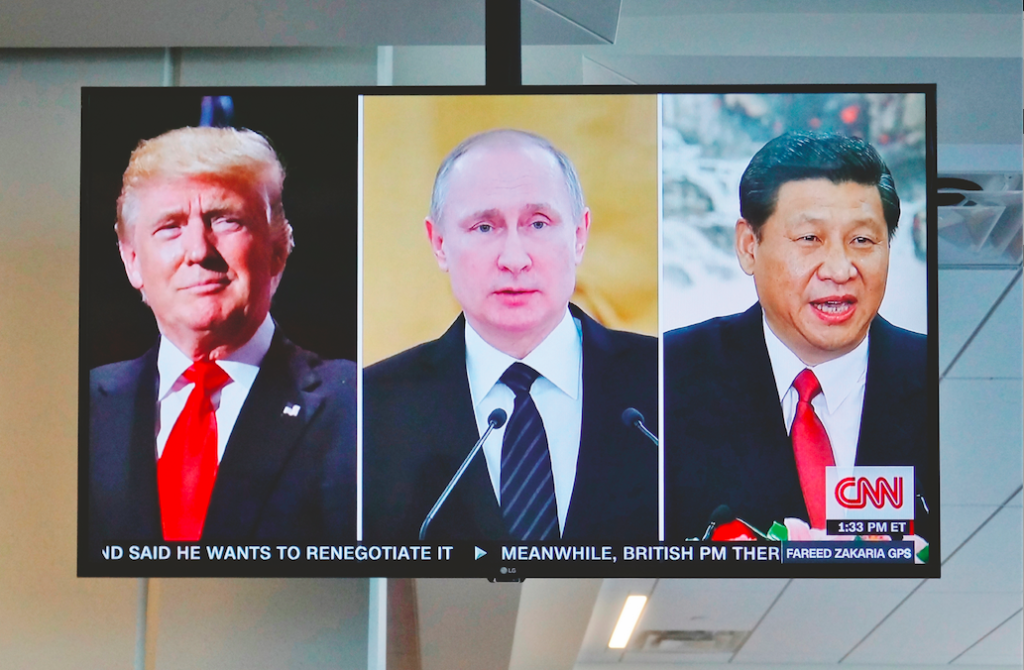 Sylvie Mamias, secretary general of Union Fleurs, points out that all these examples within as well as outside Europe illustrate that the pursuit of free trade through the removal of trade barriers, which has been commonplace under the leadership of organisations such as the European Union and the World Trade Organization for years, is now under pressure.

Globalisation was the key word for decades, but we’re now seeing a shift towards deglobalisation. A development that board member Herman de Boon also described in his column in Vakblad voor de Bloemisterij/Floribusiness a few months ago.

There’s an impact on countries outside the EU too, think for example of flower countries Colombia, Ecuador and Kenya. They’ll also have to make new agreements with the UK. Potential new agreements must be approved by the British parliament. But there’s a huge division between and within political parties in the UK. That brings a lot of uncertainty.

The departure of the United Kingdom from the EU might have an impact on phytosanitary checks, fees and customs documentation. One effect of Brexit that’s already been noticeable for a while, is the decline of the British pound, which has had a negative impact on plant and flower exports to the United Kingdom.

Whether the tensions between Italy and Brussels are going to have any effects, is hard to tell. Will they find a solution, or will things escalate, perhaps even resulting in an Italian referendum about a departure from the EU?

All the tensions between Russia and the West have also led to a devaluation of the rouble. This had a big impact on plant and flower exports to Russia, which saw a dramatic decrease for a couple of years. The exports have been restored by now. But Russia is no longer the price maker it used to be.

Whether the trade with Russia will continue to increase, remains uncertain, as always. Russia won’t hesitate to introduce new trade barriers when they want to get their way. And they’ve got an important weapon that they can use to impose their will on Eastern and Western Europe: natural gas.

What about Turkey? The country’s import tariffs on plants and flowers are high. EU-level negotiations aiming to bring those tariffs down are very slow according to Van Ginkel.

Turkey isn’t an important export country for example the Netherlands, but they could be in the future. The value of the Turkish lira hasn’t gone up for a while, but the Turkish economy is coming out of a long period of growth. What’s more, Turkey has a vast and young population, giving it a lot of potential as a distribution market for plants and flowers from abroad.

Trump’s whimsical behaviour hasn’t yet had an impact on the plant and flower trade. Not directly, anyway. Flowers from South America and the Netherlands are still finding their way to the US as before.

In fact, the Ecuadoreans, for whom the US is one of the most important distribution markets, are still hopeful that the Americans are going to eliminate import tariffs on Ecuadorean flowers before the end of the year. Their current President, Lenín Moreno, gets along with the US much better than his predecessor Rafael Correa, said Expoflores recently.

Whether the import tariffs will indeed be eliminated, remains to be seen. In the meantime, the Colombians are consciously keeping a low profile. The US is their most important distribution market by far and there’s no American import tariff on flowers from Colombia.

Apparently, the Colombians are concerned, now that the US is so focused on protecting its own production. There are still some flower nurseries in California, even if it isn’t as many as before.

Indirectly, Trump’s politics do have an impact on the flower trade. It affects the exchange rate of the American dollar, which plays an important role in the flower trade. The Colombians for example, get paid for their flowers in dollars, and Kenyan growers pay most of their costs in dollars. 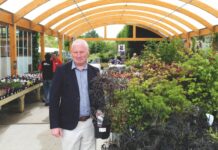 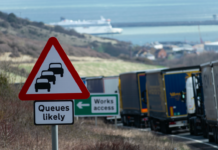 Sylvie Mamias: ‘There isn’t much time left to talk about future...