Two years ago, after the disastrous earthquake in the coastal region of Ecuador, many victims moved to capital city Quito, which had remained intact. Families that had lost literally everything came over to look for a new future, which most of them also found.

Now, two years later, we’re facing a new humanitarian disaster, originating in Venezuela, a country far north of us. The economic, political and social unrest there has already caused at least 10% of the population to leave their home country during the past 2 years. That translates into 3 to 4 million refugees.

Most of them are looking for a new life in Colombia or are making their way down to Chile. But even Ecuador has an estimated 150,000 refugees by now. Their unmistakable Venezuelan accent makes them easy to spot in the streets. As a result of the hyperinflation (13,800% in the past 12 months), the average monthly salary has gone down to less than 5 euros in Venezuela. Imagine! The little money that people have left is put aside for their journey out of the country.

The UN refugee agency (UNHCR) has been doing overtime in the surrounding countries. Refugee centres have been opened in many cities, including here in Quito. Dozens of Ecuadorian volunteers are helping out by supplying soup and meals. Luckily, all of South America is showing solidarity.

Earlier this week at FleuraMetz, we were also confronted with this reality. In the context of ‘Children’s Day’, we’d organised a day out for 40 children who, for different reasons, can no longer live at home and are now living in children’s homes. One of the new faces was Johismel. A 16-year old Venezuelan boy, whose parents had left him with his grandmother.

The parents themselves had already emigrated when his grandmother couldn’t look after him anymore, either. Since he didn’t know where his parents were, the boy didn’t see any other option than to leave the country. Hitchhiking, with nothing else but a small backpack, he travelled the 2,500 km from Caracas to Ecuador. Until he was stopped here at the border, because he was a minor.

With the help of the UNHCR, he eventually made it safely into a children’s home. Spending the day with him, listening to his story, was an extraordinary experience. Luckily, Johismel is in good hands now.

But what about the other millions of people? I’m afraid this is only the top of the iceberg. 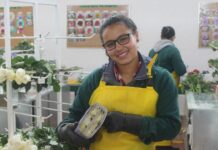 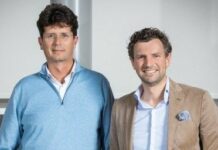 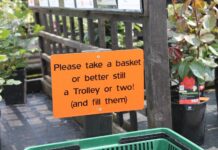 Arie-Frans Middelburg - 29 september 2020
0
The United Kingdom is an important market for several of the companies that are operating under the banner of Dutch Flower Group (DFG). After...