Floribusiness ‘As long as you don’t start waving around a Dutch flag in...
Facebook
LinkedIn
Twitter
WhatsApp
Mail

Tensions were running high between the Netherlands and Turkey last weekend. Just when Turkey was considered one of the big new markets for Dutch plants and flowers. President Recep Tayyip Erdogan has been threatening with economic sanctions. “I don’t think trade is going to come to a halt. Trade and politics are two different things.”

Rob van der Ende grows peonies in Turkey, which he sells on the local market. He feels that the Netherlands didn’t handle the situation with Turkey very well. “If they had allowed the Turkish ministers to speak at the rallies, there would have been two conference rooms with 200 to 300 people attending and that would have been that. Instead, it’s all blown out of proportion now. I guess the Netherlands just wanted to show what they’re made of. The Turks aren’t interested in that at all.”

The Dutch government prevented two Turkish ministers from speaking at a rally. They are campaigning for the upcoming referendum about changes to the constitution, which aims to increase the powers of President Erdogan.

One of the ministers got no landing rights and the other one was escorted out of the country. Erdogan was furious. He said that the Netherlands is a banana republic and that the Dutch are Nazi remnants and fascists. Riots broke out in Rotterdam, and Turkish row was a fact.

For the time being, Turkey no longer wants to talk with Dutch politicians and Dutch diplomats are no longer allowed to enter Turkey. At the time of writing it wasn’t clear whether economic sanctions were on the way as well.

But that Turkey is an important country for the floricultural industry is a fact. AVAG confirms that quite a few suppliers are doing business in Turkey and that the export of propagation materials to Turkey is high – there’s 0% import duties on bulbs and young plants.

Hoogendoorn is one of the suppliers that’s active in Turkey. According to Kevin Spoelder, area manager sales with Hoogendoorn, most of the Dutch suppliers over there are involved in vegetable growing. Spoelder: “There’s a very high standard of vegetable growing. I get the impression that the cultivation of plants and flowers takes place in more basic greenhouses or outdoors.”

Spoelder doesn’t expect that the Turkish dispute is going to have much of an impact. “I haven’t noticed any changes so far. As long as you don’t start waving around a Dutch flag. We’re traders and I’m not getting involved. I’m staying out of the discussion, I’m not a politician.”

At the moment, plant and flower exports to Turkey aren’t huge, with a total of around €20 million (3 million for cut flowers, 17 million for plants). Adem Karacadagli of Flower King exports to the Turkish market. He thinks it’s too early to say if and how the Turkish dispute is going to influence his trade.

“It’s business as usual for us. Earlier today, I shipped plants and flowers to Turkey as normal and I received all the usual orders. I don’t know what the future brings, but I expect trade to continue as normal. Trade and politics are two different things.”

Current plant and flower sales from the Netherlands to Turkey are limited. But that might change according to certain experts, including Royal FloraHolland. As part of their FloraHolland 2020 strategy, the auction studied new distribution markets for plants and flowers, and found that Turkey (and China) had a lot of potential. They have a population of 80 million and the economy is growing.

The auction also thinks that Turkey could be interesting as a production area and as a hub between the European, Asian and African continents. A team of seven people in total (two in the Netherlands and five in Turkey) are currently working hard on exploring the Turkish market.

The team is led by Monique Heemskerk, market development manager with FloraHolland. She explains that the auction’s activities in Turkey focus on five different pillars. One of the pillars consists of removing the trade barriers for cut flowers and flowering plants that currently exist between Turkey and the Netherlands.

There have been ongoing negotiations in Brussels about expanding the Customs Union between Turkey and the EU. The negotiations are about lots of different products, including plants and flowers.

VBN lobbyist Henk van Ginkel thinks it’s likely that the Customs Union will be expanded to include plants and flowers. He points out that both countries would benefit from lower import duties on plants and flowers. Therefore, he feels it’s important for commercial interests that the dispute is de-escalated.

Van Ginkel stresses it’s good that the negotiations are taking place in an EU setting. If the Netherlands had been negotiating directly with Turkey about the import duties, they wouldn’t have gotten anywhere.

FloraHolland has been lobbying in Turkey since a year and a half. Heemskerk says that things are going very well. The process, which normally takes between 5 and 7 years to complete, might be finalised in 1.5 – 2 years time.

It’s expected that the Turkish government, Turkish branch organisations and FloraHolland will sign a memorandum of understanding in May, with the aim to reduce trade barriers. “The Turkish dispute won’t influence this, unless there are going to be sanctions”, says Heemskerk.

She explains that the Turks have great ambitions with regards to horticulture. Turkey wants to increase its plant and flower exports from 80 million to 500 million euro in 2023. “And they need Dutch knowledge, propagation materials as well as production and technology investments to achieve this. Without it, they’ll never reach their goal and the Turks are aware of this.”

FloraHolland is definitely not planning to leave Turkey now. “The potential of the Turkish market and the Turkish production including the underlying markets and production areas, is still the same”, according to Heemskerk. “There are new production areas in Egypt, Tunisia and Iran, which we’d like to include in the system.”

Rob van der Ende is going to Turkey again on the 1st fo April. He’ll be harvesting peonies over there in May. In his opinion, an expansion of the Customs Union doesn’t necessarily mean that the Turks will adhere to it.

“At the end of the day, they don’t care about these agreements at all. You can already feel a bit of an anti-European atmosphere in Turkey. They used to be quite dependent on Europe, but that’s changing rapidly. They’re focusing much more on Iran, Iraq and Russia, because Europe has been turning its back on Turkey. They no longer need Europe.”

Whether there are trade barriers or not, it won’t bother Van der Ende. “I don’t need to export to Turkey. As long as there isn’t going to be an anti-Dutch atmosphere in the country, I don’t see any problems.”

Exports from Holland to Turkey aren’t huge. They amount to around € 20 million per year; € 3 for cut flowers and € 17 million for plants. There’s an annual growth of around 10 – 15%. The cut flowers that are exported consist of a wide range, including lots of roses, but also many special flowers to supplement the local Turkish assortment. With regards to plants, they’re mainly interested in flowering plants including orchids and potted roses.

As a supply country, Turkey is good for a value of around € 2.5 million through 20 suppliers to the auction (5 members and 15 contract suppliers). The members supply 80%. The most important product is the carnation (70%), followed by wreaths (15%) and ranunculus (5%). 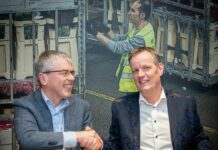 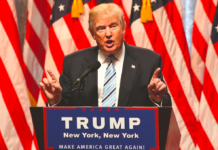 Free trade: This is where it stops! 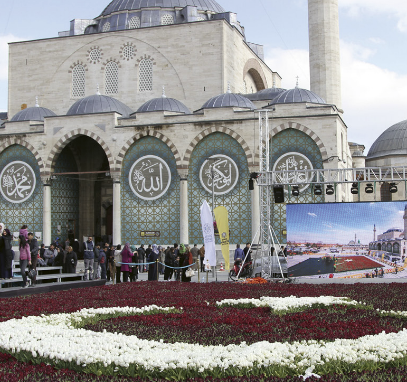