The jury stated: “Dreams Garden MacaRouge will satisfy the consumer with its shining colour, attractive flowers and fresh image.”

Dreams Garden MacaRouge is an upright Begonia for outside spaces showing an abundance of single, bright red flowers with a yellow heart.

The new ‘Winner with the Wow Factor’ was announced at the FleuroStar Evening on Thursday 13th June at Syngenta Flowers in De Lier (NL). Karol Pawlak, President of Fleuroselect: “FleuroStar brings breeding and retail closer together. During the past decade, we have honoured ten striking novelties as ‘the winner with the wow’ factor, giving them a kick-start on their commercial journey. Meanwhile, these success stories have become genuine must-haves for every green trade and retail partner. I am very happy with the choice of Begonia elatior Dreams Garden MacaRouge as new FleuroStar winner and wish the variety all the best for the upcoming season.

Stokvis, the production house behind various Dutch gardening television programmes, will feature the new winner extensively in its star television show ‘de Grote Tuinverbouwing’. Pull Position, a marketing agency specialised in retail promotion, offers a tailor made marketing project whereas DeschPlantpak dedicates a full spread in its next lifestyle brochure to the new winner.

In total, over 30 professionals in breeding, production, trade and retail evaluate each entry on point of sale attractiveness and commercial potential. Sally van der Horst, Secretary-General of Fleuroselect: “We are very proud of the fact that high-level companies such as Waterdrinker, Royal Lemkes, Obi, Blumen 2000, Intratuin and Jardiland are willing to assess our candidates. FleuroStar’s success and credibility is due to the diversity and expertise of our jury.”

The FleuroStar Contest is held annually during the FlowerTrials week in June in the Netherlands and Germany. Fleuroselect members can enter their top breeding breakthrough of the season to become the new ‘Winner with the Wow Factor’. 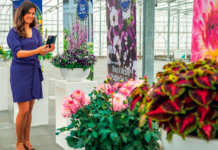 ‘Everything good about dahlias comes together in Sincerity’ 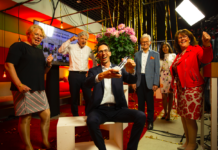 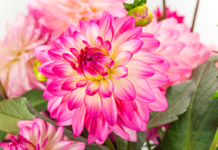