Green-plant grower Dirk Mermans is expanding his nursery in the Belgian town of Wommelgem by 12,000 m2. “I don’t want to do more of the same. I grow special plants that demand extra care and labour and have a higher threshold compared to other plants.”

The land adjacent to the existing greenhouse is ready for construction. Stakes indicate where the new greenhouse will rise. Construction works for the extension, which will bring the total acreage to 3.5 ha, will start on Monday, says Dirk Mermans. The 48-year-old grower himself won’t be there during the first days of the build, though. He’ll be in Israel instead. 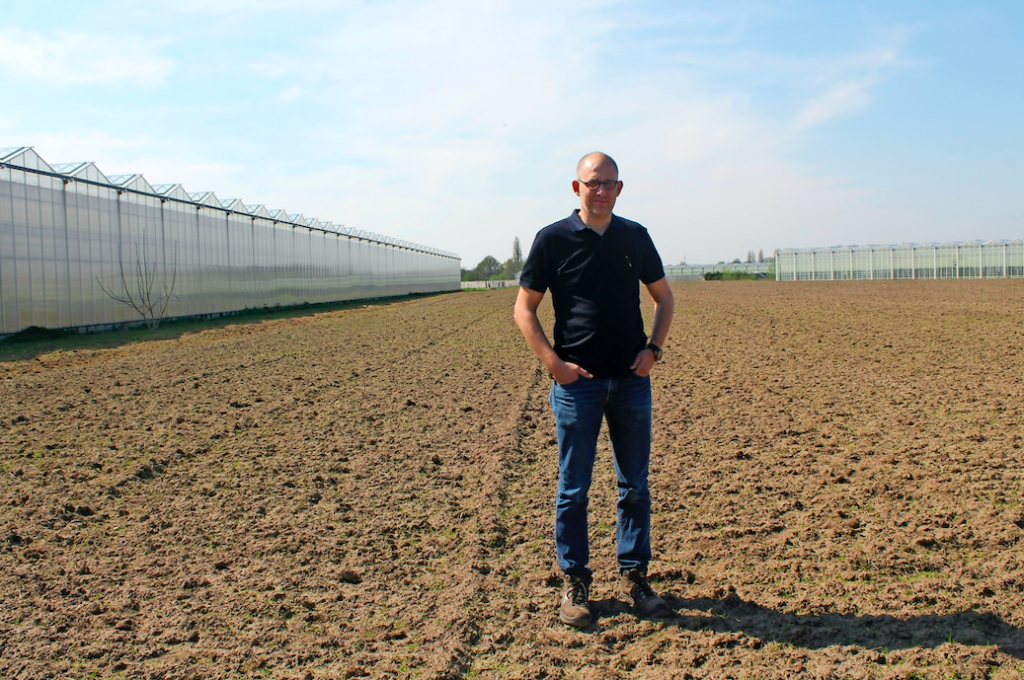 The previous expansion, in 2010, was a lot of work, he recalls. It included CHP and a new climate computer, and the new greenhouse came with a bit of a learning curve. This time, even if it’s still a hefty investment, it’s ‘just’ an extra bit that’s ‘simply added’. The greenhouse won’t be very different from the previous one. The poles will be white, and the glass lets through more light, says Mermans.

The 48-year-old grower is full of confidence. The last couple of years, the market really improved. “We are in a tailwind; green plants are trendy at the moment”, he says. Things were completely different nine years ago. The country was in a recession, when Mermans expanded his company from 6,000 m2 to 2 ha, facing the storm. A few bad years with low prices followed. But since 2015, green plants have become more popular and Mermans has the impression that this popularity is going to continue for a while.

“You never know, but the expansion is a calculated risk”, explains Mermans. The Belgian grower supports his ‘calculated risk’ with arguments. “You can see that young people are showing an interest in green plants too, green plants are loved by people of all ages”, he says adamantly. Mermans mentions a pop-up store selling green plants, which was very successful. “I believe that green plants are a trend. People want more green in their homes, and they want a healthier lifestyle.” 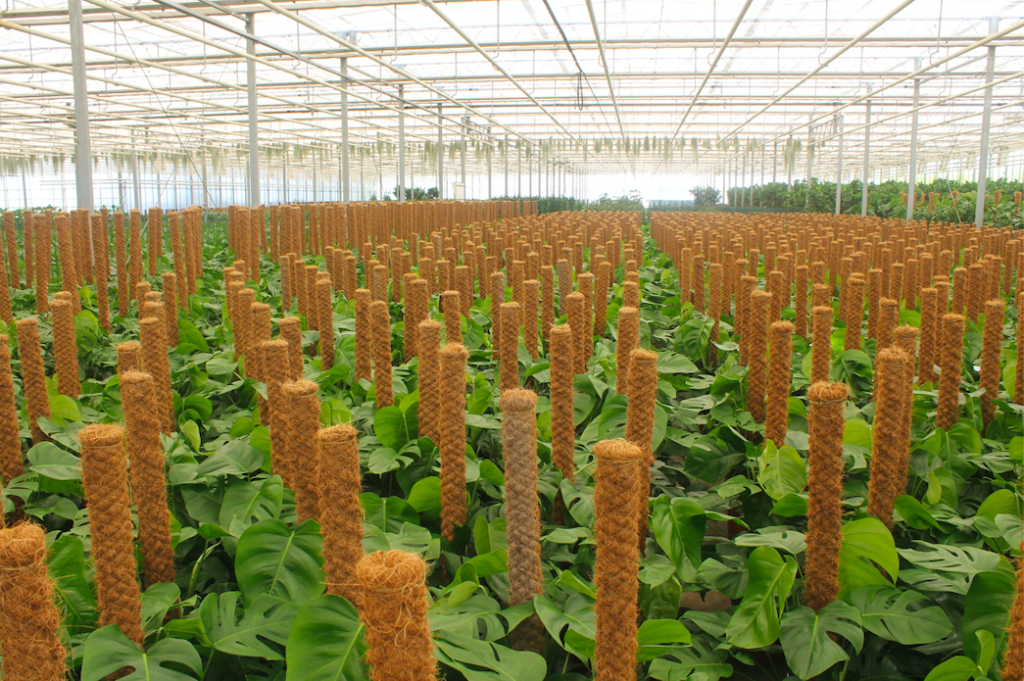 What’s helping green-plant growers, is that other nurseries aren’t jumping up to fill this gap in the market. A phalaenopsis grower could switch to green plants, but according to Mermans, they wouldn’t do it that quickly. “If you have a cultivation system for small plants, you can’t start growing large green plants just like that. The turnover of green plants is still low, compared to that of phalaenopsis.”

Propagation materials for green plants aren’t that easy to get hold of either. Especially not for the varieties that Mermans grows. He uses his own cuttings for most plants. He mentions the Tetrastigma as an example, a plant which, according to Mermans, is a perfect fit for the Urban Jungle style. 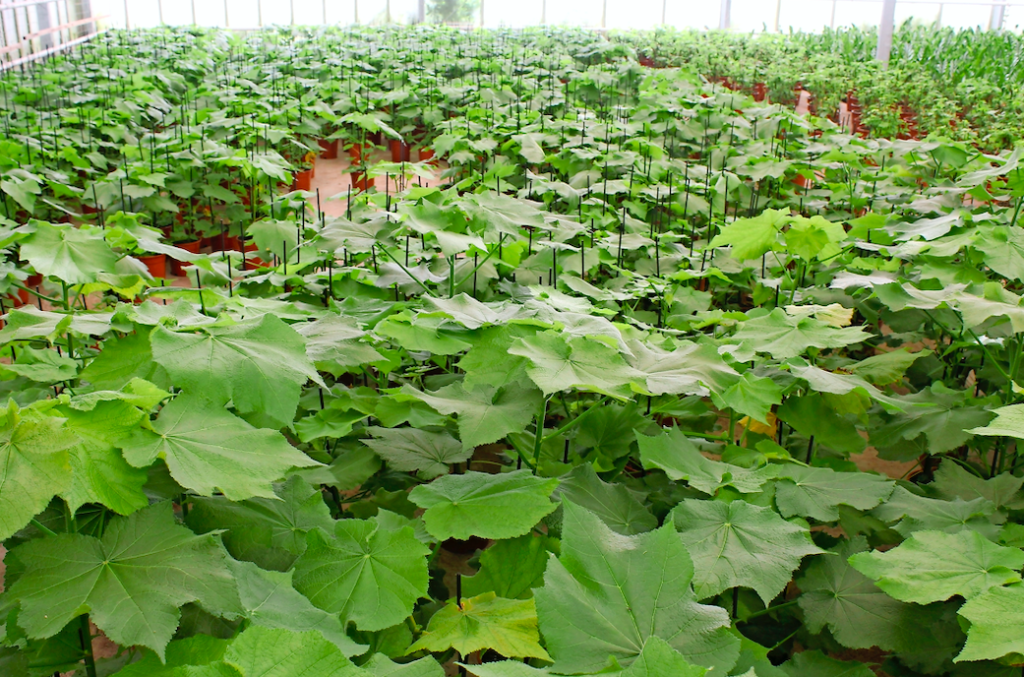 He has 15 to 20 varieties in his greenhouses. Taking into account the different pot sizes, his assortment consists of 50 to 60 different products. The new greenhouse will partly be used for more existing varieties and partly for new varieties.

Mermans wants to differentiate himself from other growers. His main distribution area is the Netherlands. He is also a Royal FloraHolland member. He ships to Aalsmeer and/or Naaldwijk twice a day. Mermans sells his plants to garden centres and DIY stores through exporters and cash and carry. Nieuwkoop Europe is one of his big customers. He grows a lot of hydroponic plants for them, to order. He does this for others, too. “Customers say: I can’t get this or that, can you make it for us? I hardly ever say no.”

Mermans has been collaborating with Ammerlaan The Green Innovator in Pijnacker for four years. Some of Mermans’ plants go to this wholesale nursery – it’s a good way to get closer to the market. But he prefers to sell directly. He doesn’t sell much through the auction clock.

With this strong focus on the northern neighbours, it doesn’t make sense to copy all the Dutch growers. Even if he can still deliver the same day if orders are made before 10 a.m., he does of course have a competitive disadvantage compared to his Dutch colleagues. His transport costs are simply higher. So, he needs to come up with something that’s different from everyone else. 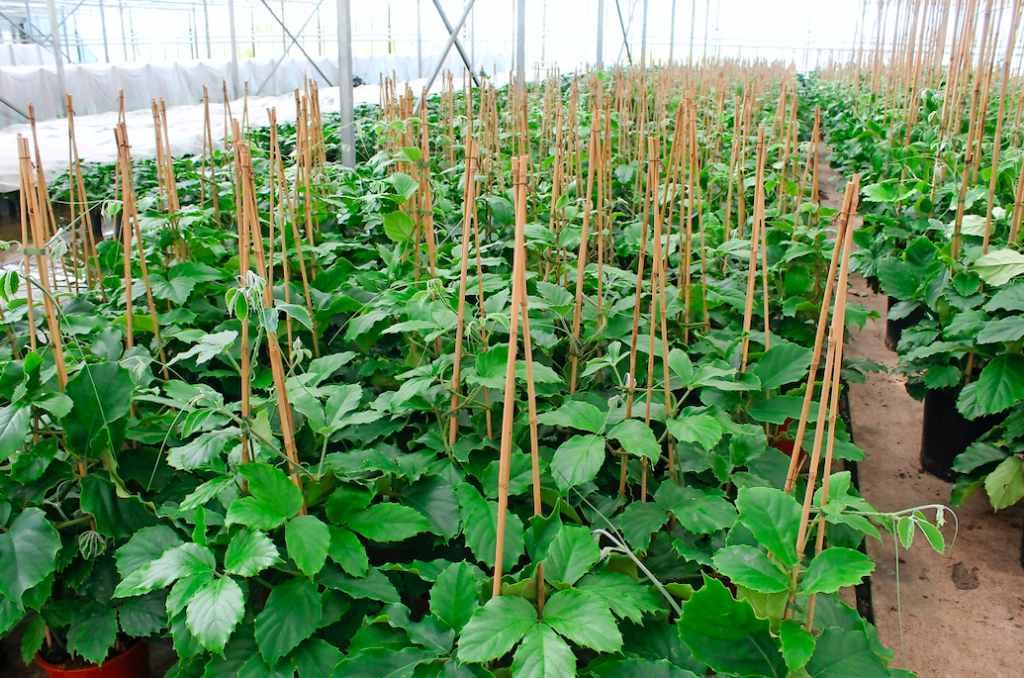 “I don’t want to do more of the same. That’s why I’m not interested in standard”, says Mermans. “I am specialised in specials”, he says, quickly adding that this isn’t his own slogan. “I grow special plants that demand extra care and labour and have a higher threshold compared to other plants.”

The new greenhouse will come with a new road, shed, loading dock, office and a ‘canteen’ for the employees. But like he said before, the extension won’t cause too much hassle for Mermans. This sunny afternoon, he is more concerned about the plant passport and how he must get rid of all sorts of fungicides and insecticides without having any suitable alternatives to replace them with. He says that those are the real challenges.

There’s quite some confusion about this plant passport. It must show the European flag, the Latin name of the plant, an ID number and, in some cases, an additional, unique ID number. “The discussion already starts with the Latin name”, says Mermans. When exactly he needs to include the unique ID number, isn’t completely clear to him either. And time is running out. 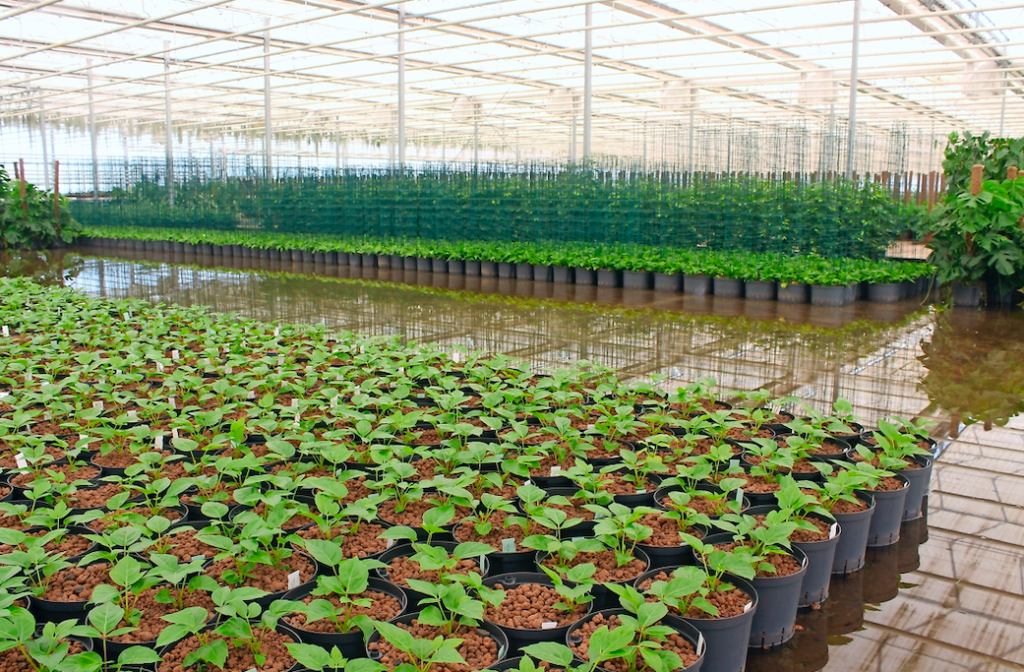 The passport is compulsory from the 14th of December. That’s why Mermans has already made the first plant passports for his long-term crops. He uses labels, which he inserts at the time of planting. Printing the details on the pots is not an option in his nursery, as they plant manually. He found a machine for 1,000 euros, which can cut the labels. “But it does require a 3,000-euro printer”, adds Mermans, pointing out that the plant passport will incur additional labour and costs.

The expansion requires extra labour forces, too. Mermans speaks of a ‘war for talent’ when the conversation comes to vacancy filling. His current workforce consists of two Ghanaians, three Kosovans, a Pole, a Kurdish Turk, an Eritrean, two Afghans, two Belgians and a Moroccan, he lists effortlessly. 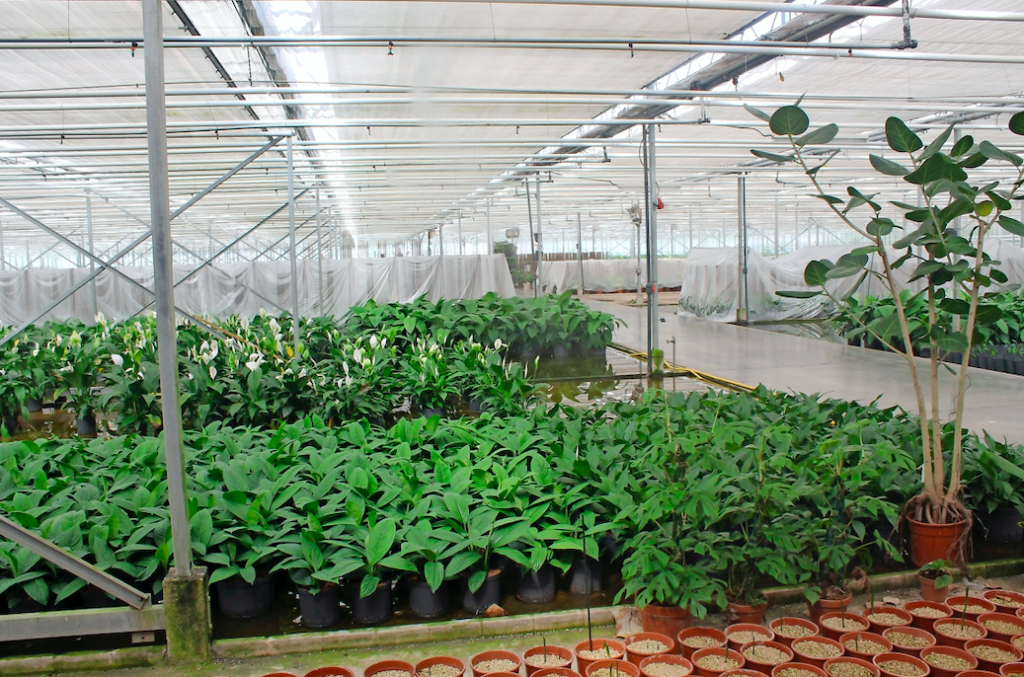 He’s very happy with his staff. His strategy is to give newcomers one season to ‘earn’ a contract. Finding a few more good workers is going to be tricky, says Mermans. He wouldn’t mind getting a double of himself either. “The problem is that I never get a break. I manage all the orders by myself, I even accept them when I’m on holiday. What if I get sick? Everything at the nursery would go pear-shaped.”

When we are in the greenhouse, the topic of sales comes up again. The past couple of years, he has always given priority to his regular customers. “I never turned my back on them. They didn’t turn their backs on me either, when times were bad. You won’t find any of my products on FloraXchange these days. If I did that, there’s a chance I wouldn’t have anything left for my regular customers. I reserve everything for them now, other parties can’t buy anything at the moment.” 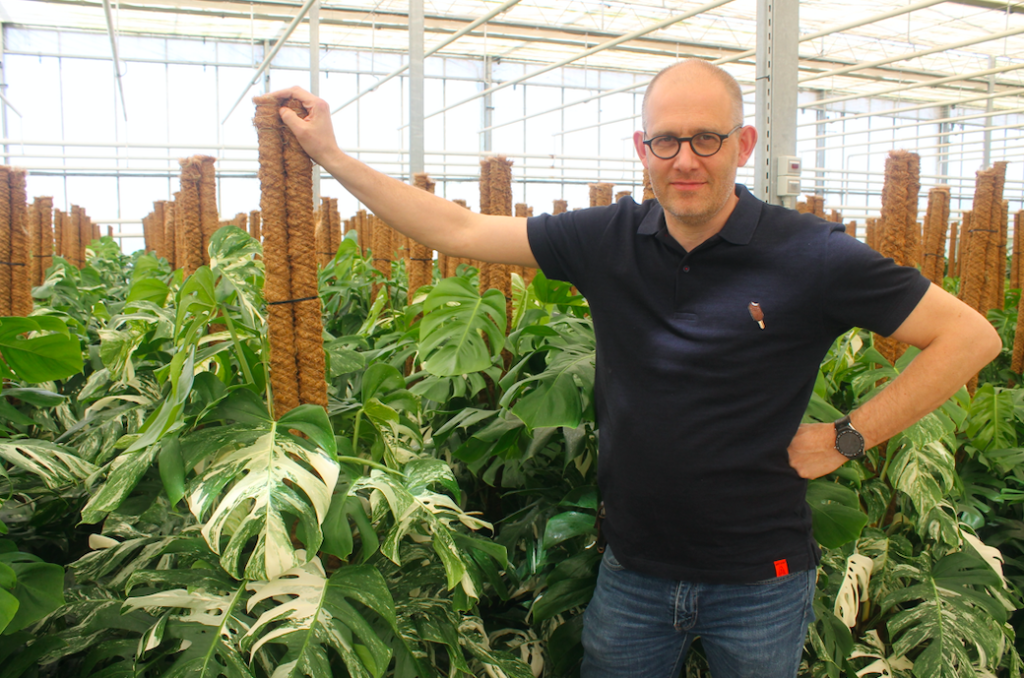 Mermans realises he had no influence on the fact that green and variegated plants are so trendy at the moment. “That’s just luck”, he says. “But,” he adds, “I did always work hard to get regular customers. Because with regular customers, you can rely on each other.” The expansion means that Mermans has to expand his customer base, though. “It’s like writing job applications to customers I didn’t sell to in the past.”

The question remains to what extent Mermans is still thinking of the headwinds of 2010 and following years, now that the sun is shining on Wommelgem again. “I haven’t forgotten about it. I still count the pennies”, says Mermans and illustrates this with an example that any shopkeeper would be familiar with. “You’d better not write that down”, he adds hastily. “Spending money isn’t hard. Keeping money is.”

Mermans still has enough space for another 2 ha of extensions. “I have no plans for that at the moment”, he says. “But you never know. My neighbour is 55 years old and he recently added another 5 ha of tomatoes to his company.”

‘Duckweed is a nice change from azalea’s’