The winner of the Chelsea Plant of the Year 2018 title is this year only for sale thru mail order. Hydrangea Runaway Bride as finished plant will be launched next spring in retail.

Thompson & Morgan, who won with Runaway Bride at the RHS Chelsea Flower Show, has limited stock in 10.5 cm-pot. Baldur Garten also sells the Hydrangea thru mail order in a small size, 9 cm-pot.

Bigger (and flowering) plants of Runaway Bride are currently in production. Cultivaris GmbH issues the licenses in Europe. The company sets up a marketing campaign with Media Concept Schweiz and Gregg Marketing.

Dutch nurseries De Jong Plant and Van Son & Koot are among the companies that grow finished plants of Runaway Bride for the European retail.

The novelty won at Chelsea because it flowers on terminal and lateral buds and grows like a sling. Thanks to this combination the Japanese hybrid can also be grown in hanging baskets, for example. 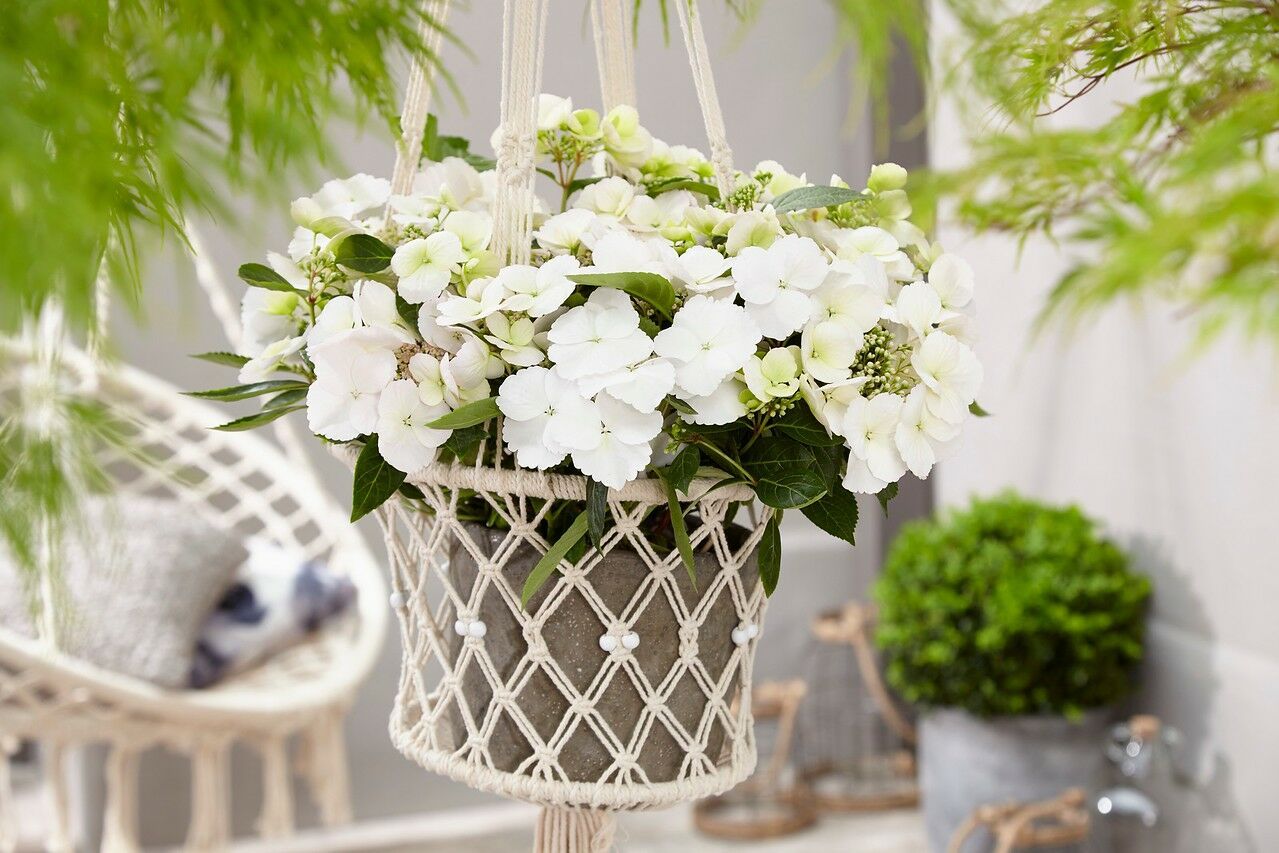