“Personalization is a necessity, especially in matured, well- developed markets” says Ori Danziger, Deputy CEO in Danziger. Starting August 27 and up until the 31st, Danziger will host an “Open-Days” event at its site in Vereda Pontezuela, Antioquia, Colombia.

During this week, growers, buyers, designers and florists will be able to explore a myriad portfolio of chrysanthemums. The event will take place at the Danziger farm, which was established in 2014, set up as an R&D site, as well as an elite production site, to serve the local market.

This year, Danziger decided to add a new layer of context to its portfolio, not only by splitting all mums to “agronomical” segments (i.e. daisy, cushion etc.) but also to allow examining all varieties from the users’ point of view, or as they call it- persona.

“In order to be able to answer unfulfilled needs in the market, and to bring true innovation, we understand that we have to work outside of the box. Whether it’s on the retail level, bouquet company or even the end-consumer, there are different tendencies and tastes, and we want to address each and every one of them in the best possible way. This is why we created a new framework which is based on three main personas; the classic, the trendy and the naïve”, Says Ori. 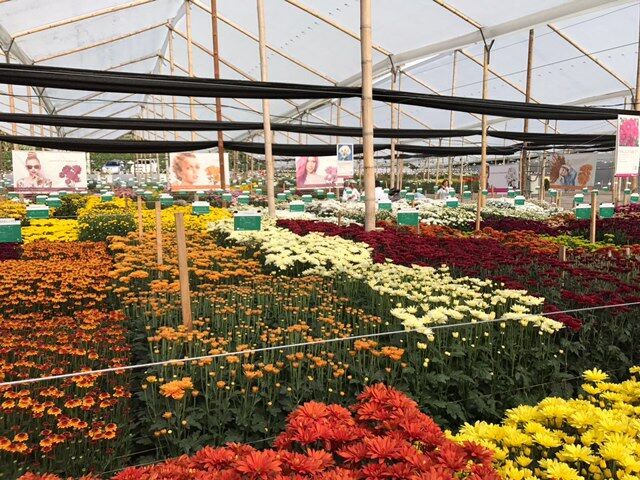 Ori continues: „Each represents a type of user, a unique style and preferences. By observing the persona, not just the agronomical characteristics, we are able to screen our product pipeline from a different perspective, and find other new solutions for the market’s special needs. This framework is facilitated on all levels, starting from our breeders, through our farm team, sales and marketing, so that we all speak in the same language, and by starting this open-days event, we will also communicate it with our customers.”

During the Danziger event, visitors will be invited to explore the wide assortment of daisy, cushion, anemone or spider mums, under the new “persona” context, and according to Danziger, will help buyers appreciate the varieties on a deeper level.

The display will be composed of best sellers, new introductions and future candidates. For example, under the “classic” persona, you will be able to see ATLANTIS® which is Judith (also known as: Doña Carlota), for the “trendy” persona, Danziger has CUCHITM which is Megan (also known as: Carolina) and in the more “naive” style, Danziger presents CRAZY LADIESTM which is Zoey (also known as: Vickey).

‘Our current dream is to create a new horticultural area in...