We’ve all seen the harrowing images of the drought in the Horn of Africa lately via our television screens. And a number of growers in Kenya are now dealing with a shortage of water too. The flowers on their farms are wilting. Looking at the supply from Africa as a whole though, the impact of the drought seems to be limited for the time being.

Rose grower Simon van der Burg, of Lolomarik and Timaflor nurseries, wrote it in his column for this journal the other day: there is no better place to grow flowers than in Timau (Mount Kenya), but the 30,000-ha area wouldn’t be able to handle more than the currently existing 300-ha of greenhouses. Because Timau is dry, there is little rain and water is scarce. The past few weeks, a number of growers in Mount Kenya – not all companies – have been experiencing big problems with water shortages. To save at least some of the production, parts of the nurseries are sacrificed. Roses are simply no longer being watered.

Apart from Mount Kenya, Nakuru is also mentioned as an area where growers are struggling with drought.

The largest growing area of Kenya, Naivasha, isn’t experiencing a water shortage yet, despite the fact that they didn’t get an awful lot of rain either.

Richard Kneppers, of Kneppers Roses in Rijnsburg, processes the roses that are grown at Maridadi Flowers, which is his brother Jack’s farm. The farm in Naivasha is currently not experiencing any problems with their rose cultivation. “But”, says the man from Rijnsburg, “we could definitely use some water. If things are going to go on like this for a few more months, we’ll have a problem.”

It would be better for the entire country, if we got some rain. For the flowers, the vegetables and the livestock. Nothing is thriving under these circumstances. Kneppers says that nature had already given a signal that there wouldn’t be much rain. The acacias didn’t go to seed this year. When they’ve completely gone to seed, you know it’s going to rain within the next six to eight weeks. The Maasai weren’t burning any farmland either. I guess they must have known too, that there was going to be a drought. Kneppers: “There are still people who understand nature.”

Kneppers feels that supply from Kenya has gone down compared to 2016. That’s what the ‘cargo guys’ tell him anyway. “If it isn’t true, it isn’t coming from me.” Bouwman Import Service (BSI) can’t really confirm this trend, according to director Rinus Bouwman. We’re processing the usual amounts here. Maybe also because we’re getting larger quantities from Ethiopia. After a cold period at the beginning of the year, we’re now receiving large quantities of flowers again. Bouwman also says that two out of the three nurseries in Mount Kenya, whose flowers he processes, don’t have any problems because of the drought. “Last year, the impact of the drought wasn’t too bad for flower growers in Kenya. But this year is worse. All because of the El Nino effect.”

FloraHolland hasn’t really noticed a change in supply from Kenya either. Market specialist Sheila Mahmood explains that when there are changes, it’s usually difficult to give a specific reason for them anyway. Mahmood indicates that she’s aware of the drought in Kenya, but suppliers haven’t indicated that it’s affecting their production.

In the meantime, Kneppers regularly checks the weather forecast for Naivasha on his computer. He has seen clouds over the cultivation areas for days now, but they haven’t provided any rain. He wouldn’t call drought a structural problem in Kenya, though. “Kenya generally gets plenty of rainfall, but it all goes to waste. The nurseries do collect rainwater, but that isn’t done anywhere else. Nobody builds a dam to collect the water. It would be good if people in Kenya got more organised. They’re really taking things one day at a time here, there’s no planning ahead at all.” 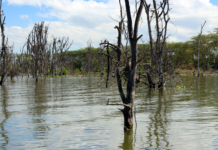 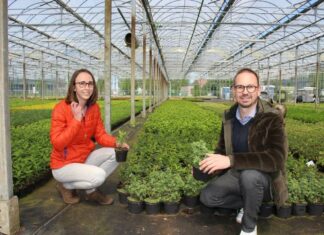 ‘All in all we’re having a good Valentine period’