Dutch plant and flower exports started the year well with an increase of 8%, reaching a total of € 439 million. Plants did relatively better than flowers in January. VGB describes the 8% increase as significant. The other thing that stands out, is that Poland ranked fourth in the country list.

The total value of flowers went up by 4% in January, reaching a € 283 million turnover and the sales of pot and garden plants increased by 15%, reaching € 156 million in total.  “Last year, cut flowers did consistently better than plants, the year before it was the other way around. Our participants expect further growth in both segments”, says Wesley van den Berg of Floridata.

“There’s significant growth in the Eastern European countries, which is a big boost for the export value”, says Matthijs Mesken, director of the VGB, referring to the 15% increase in Poland. This rapidly emerging country reached fourth place in the list of export countries for the first time last January. 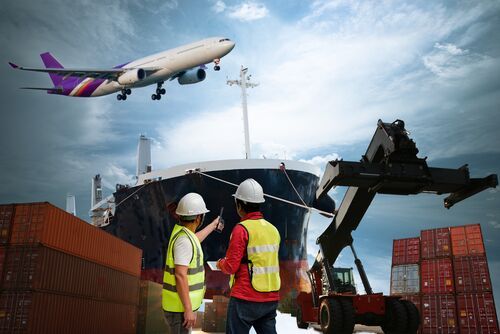 Valentine’s positive
Valentine’s Day is an important flower day and the first of a number of special plant and flower days. The definite results from shop floors are still expected to come in, but wholesalers’ figures show that the period leading up to the day was very positive.

But Harm van de Gugten of Barendsen Bloemen feels that wasn’t true for florists. “Some of our customers were fearing up to 30% less than normal because of the carnival and school holidays. Luckily, that prediction didn’t come true completely”, concludes Erik-Jaap Kroone of Nijssen Junior, mostly active on the German market. “Sales were higher than we expected”, adds Toine Spierings of P. van Dam, with regards to Austria. “We won’t know for definite until we hear back from our customers, but the initial feedback was very positive.”

Above-average increase in Germany
Out of all the German speaking countries, exports to Switzerland went up by 17%, significantly more than average, in January. The increase to Germany was also above average (10%) and Austria was lagging behind with plus 3%. “Last year, we were literally facing a cold start in Germany, which had a negative impact on demand. We’ve got to take that into account when we make these comparisons”, explains Kroone.

According to Spierings, the bad winter weather in Austria was the cause of the disappointing growth in that country. Barnhoorn and Van der Gugten feel that the prospects for further growth in Switzerland aren’t great. “The lower exchange rate of the Swiss franc means that our flowers are more expensive”, explains Van der Gugten.

Van den Berg concludes that based on the current Floridata statistics, the export growth to destinations outside the top 10 countries, lagged behind the average for the first time in a while. “That’s surprising and something we’ll watch out for this year. A wider spread of exports, i.e. growth in other countries, is important”, he adds. By the end of January, the top 10 countries together reached a turnover of 82%, compared to 80.5% last year. “However, just like for the distinct development regarding plant exports, it’s far too early to draw any conclusions.” 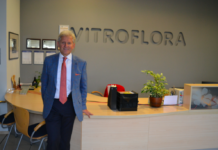 ’Fleuroselect sees activities in Asia as a new opportunity’