The Spanish floricultural industry isn’t exactly a key player on the international market. On its domestic market, the sector still feels the after effects of the financial crisis that began in 2007. They’re trying different solutions, including promotional activities and a stronger focus on consumer experience.

Ignasi Calvo Vérges is completely open about it. The commercial director of Grup Roig, a breeding and propagation company in the Catalan town of Premià de Dalt (near Barcelona), is very realistic about the position of the Spanish floricultural industry. “Our market share is very small.” The breeders aren’t exactly helped by the economic tailwind on the Spanish domestic market. “We’re ploughing on.”

The commercial man of Grup Roig said these things during the Annual Convention of promotional organisation Fleuroselect, which was held in Barcelona this year. More than 100 representatives of both Dutch and international breeding and propagation companies caught up on the latest breeding and market developments in Spain during the event.

The Iberian country had a total of 2,086 nurseries with a combined acreage of 6,664 ha last year. Together, they reached a production value of €770 million.

After effects of the crisis

In other European countries, like the Netherlands, the economy has picked up again, but Spain is still feeling the after effects of the crisis that began in 2007. Like the high unemployment rate, which reached 17.2% last year. Ten years earlier, just before the crisis hit, this was still 8.57%.

Unemployment is particularly high among young people. And if higher-educated people are lucky enough to find a job, they often have to accept salaries as low as €800 to €1,000 per month.

Another effect regards the housing market. Spain has a total of 47.3 million inhabitants, or 15.8 million households, and its housing market is still in a complete gridlock. Hardly any new houses are being built.

All of this leaves the Spanish floricultural sector struggling on a market that, put mildly, isn’t characterised by a very high purchasing power at the moment. This also applies to Grup Roig. The company produces various cuttings, including for euphorbia, begonia, carnation and petunia, which are sold to more than 500 growers.

According to Calvo Vérges, there’s still plenty to be gained within the domestic market. The number of households with balcony plants for example, is still much smaller than in countries like Germany and Italy. For many people, it’s the watering, very important in the Spanish hot weather, that stops them from purchasing balcony plants. Plant and flower sales for funerals have always been low in Spain for the same reason; most consumers prefer plastic flowers. They don’t require any maintenance or water.

Shaking up the chain

It explains why drought resistance is an important theme within the Spanish breeding sector. Other focus points include promotion programs at schools, campaigns specifically aimed at seniors and, following an example seen in France, investing in Urban Gardening by local authorities.

Just like in the Netherlands, the share of supermarkets in plant and flower sales is increasing. However, prices are often lower and product presentation in chains like Carrefour and Brico can be poor.

Lluis Masvidal, CEO of marketing and consulting firm Plantinova, feels that the only way to reach consumers more effectively, is by giving the Spanish floricultural industry a good shake. He points out that breeders and growers don’t interact sufficiently with retailers and consumers. It takes a long time for example, at least four to five years, for a promising variety to reach the market. And that’s if they make it at all; according to Masvidal, only 10-15% of the varieties submitted for a licence, reach the market. “There are some excellent products, which the market never gets to see.”

Masdival feels that, especially in the breeding sector, they shouldn’t just focus on technical improvements, but they should start thinking more like a consumer. “Stop focusing on the plant alone and focus more on the buyer’s product experience instead.”

As an example, he mentions the cultivation of potted fruit trees, like peach. “Breeders are disappointed when such a plant gives no more than one or two peaches. But consumers love the fact that they can see a real peach growing on their patio plant. That’s the difference.”

The information flow in the chain has to speed up, says Masdival, so that we can respond to consumer trends more adequately. The Spanish floricultural industry is keeping its spirits up, despite the challenging market. “Times are hard, but the good thing is”, says Calvo Vérges, “that there’s plenty of space to grow.” 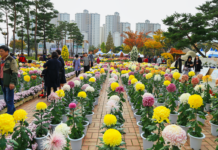 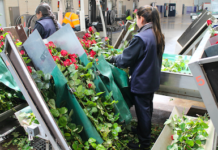