When her son Björn came home one day after talking with a recruiter, he told his mum he’d learned that there are three challenges with women in a business environment: they can be too honest, do more than necessary and they don’t help each other. Men help each other climb the ladder, women don’t. If a man trips, other men will catch him. If a woman trips, nobody will catch her. “I did recognise it”, says Eva Dahlqvist.

The conversation with her son motivated Dahlqvist to take action. Three years ago, she launched The Ladies’ Circle (TLC). What started as a small group of friends, has now become a real network for women with management roles within the horticultural industry. During the past year, many new women joined, reaching a total of 60 members. The women meet up several times per year and organise one large, annual event. The aim is helping each other through discussions, networking, advising and supporting each other.

“I never planned to become a director, but I’m really glad I was given the opportunity. I was the first female director within Dutch Flower Group, and my fellow directors welcomed me with open arms. Dahlqvist is convinced that the sector would benefit from more female leaders. After all, the end consumers are mostly women. But the decision makers in the sector are still mostly men. Dahlqvist’s main motivator is creating more diversity. “With the current political focus on the number of women in top positions, I think it’s a good time for change. I’ve been discussing it with Marco [Van Zijverden, DFG’s CEO, ed.] too. His opinion is clear. He wants more women in top positions within DFG. If I can be a role model for this movement, great. I support women wherever I can. It’s something I feel very strongly about.”

“And it helps our sector move forward”, continues Dahlqvist. As an example, she mentions the increasing importance of sustainability. Women are generally more focused on this theme, because they’re more caring when it comes to nature and people. “But you wouldn’t want everyone to be the same either. A company needs both men and women. It should be a good mix.”

Dahlqvist feels that Van Dijk Flora sets a good example. “Fellow director Stefan Verhoeff chose me because of my qualities, to create an optimal management team. Our workforce also consists of 50/50 male/female. Success depends on many factors of course, but at least we’re demonstrating that things don’t get worse when half of your employees are female.”

The only somewhat strange question Dahlqvist was ever asked, was: ‘Do you really work full time?’ It wasn’t even meant to sound unkind, as it is quite unusual for women in the Netherlands to have a full-time job. Unlike in Dahlqvist’s country of origin, Sweden. This Scandinavian country experienced a huge labour shortage during the seventies. Businesses desperately needed women to come and work. The social democratic government responded with a tax increase to subsidise day care and after-school care, which they organised themselves as well. All children aged twelve months and older can make use of it.

The Swedes pay only a fraction of the amounts that the Dutch spend on childcare. What’s more, parents are entitled to fifteen months of maternity leave, three of which must be taken by the second parent. As a result, there are few obstacles for women to work full time. “I always had access to day care. That meant I could work full time. The Netherlands is a liberal country, but they don’t provide cheap day care for parents.”

Dahlqvist: “Relatively speaking, there are many more women in leadership positions in Sweden. The Netherlands still has a long way to go. It’s a real waste of resources; many higher-educated women switch to part-time work after they’ve had children, which puts their careers on halt. The political debate that’s taking place now is a move in the right direction.”

But what about the number of women in top positions in the Swedish agricultural sector?

It turns out this figure has increased dramatically during the past 10 to 15 years. The largest cooperative of fruit and vegetable growers in Sweden, Sydgront, for example, has a female CEO. And the largest floricultural cooperative, Mäster Grön, has a 40%-female management team. At Lantbrukarnas Riksförbund, finally, all operational positions are held by women. Dahlqvist: “The ideal that every company should strive for is a good mix of qualities, including a diversity of men and women.” 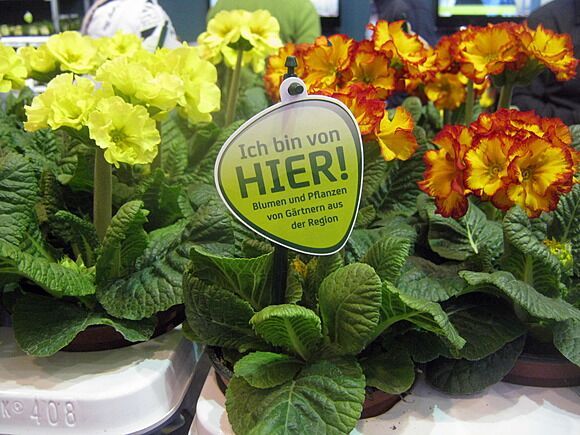