It is expected that the German demand for outdoor greenery will increase the coming years. Because in Germany, like in other places, there’s a strong focus on green products as a way to combat the consequences of climate change. In ‘Country file Germany’ at MyFloribusiness.com you can find a lot of information on the German market for flowers, plants and trees.

German (consumer) demand for floricultural products was higher in 2019 than in 2018, but generally speaking, the German market can be described as stable. Suppliers to the German market must pay special attention to the aspect of sustainability, as consumers, but especially retailers, are tightening their requirements and guarantees. Because in Germany, like in other places, there’s a strong focus on green products as a way to combat the consequences of climate change.

The developments in Germany are crucial for the Dutch floriculture sector. Germany is their most important distribution market by far. Even if, as illustrated by Floridata’s figures, the German share in the Dutch floricultural exports (around 27% in 2019) is declining, their second largest distribution market, the United Kingdom, is far behind with a share of nearly 14%. As for the Dutch tree nursery exports (including potted perennials), a third is shipped to Germany (source: Eurostat).

Click here for a free subscription to Floribusiness digital magazine and the country files.

For subscribers only: export market trends and background 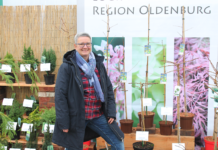 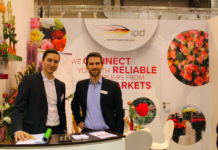 More and more flowers in Germany are purchased through retailers