There’s an apartment building in Milan that’s called Bosco Verticale. I wouldn’t mind living in this vertical forest. Countless trees and shrubs are spilling over the balconies. It couldn’t be healthier.

During the Mypant & Garden press tour we visited Porto Nuovo today, a neighbourhood that’s also referred to as the new Milan. In 2005, this part of the city consisted of nothing else but trees. Nowadays, you’ll find a central park, Biblioteca degli Alberi, surrounded by several modern offices and apartment buildings. One of the buildings hasn’t been completed yet. Nobody knows what it will be used for. It was initially built to house the European Medicines Agency. It seemed like this scientific agency would move from London to Milan due to Brexit. However, at the last minute, it was the Netherlands that had its lot drawn instead of Italy. 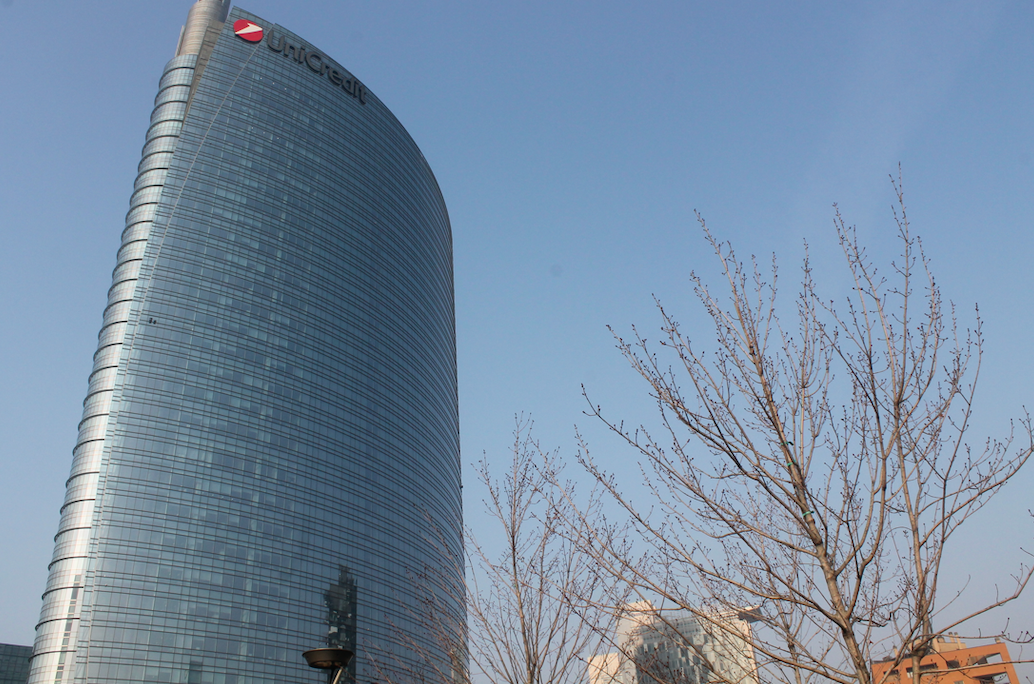 Not everyone was enthusiastic about the plans for Porto Nuovo. Environmentalists tried to stop the project. There were strong protests, despite the fact that greenery was going to play an important role in the new neighbourhood. The forest had to stay. However, the former right-wing mayor decided to go ahead with the project and the current left-wing mayor can’t change it back.

The biggest building in Porto Nuovo is the office of the Uni Credit bank. But the most striking building is the Bosco Verticale apartment building. It won an award for most beautiful building in the world a few years ago. The first thing you notice are the many trees and shrubs on the balconies. They are also what gave the building its name: the vertical forest. A few of the apartments are still for sale. Porto Nuova was initially for 60% owned by Italian investors and for 40% by investors from Qatar. But nowadays, the neighbourhood is completely owned by the investors from Qatar and they don’t seem to mind a few vacant apartments. They’ve got plenty of money, I guess.

Porto Nuovo fits in with a larger development taking place throughout Italy: there’s an increasing focus on greenery. Last year, the Italian government even introduced a law to promote green spaces. Any individual that hires a company for the landscaping of their garden, will be reimbursed up to 36% of the costs via their tax return over a 5-year period, with a maximum of 5,000 euros. The government set aside 600 million euros for it.

According to Nada Forbia of the Associazione Florovivaisti Della Lombardia, who lobbied for the law with the minister of agriculture, it’s a great success. The law didn’t go into effect until May last year and, compared to 2017, the number of gardens created in 2018 had increased by 30%. All those gardens make Italy a greener place. They’re expecting to see an even bigger effect this year. The new government led by Giuseppe Conte has also approved the law. 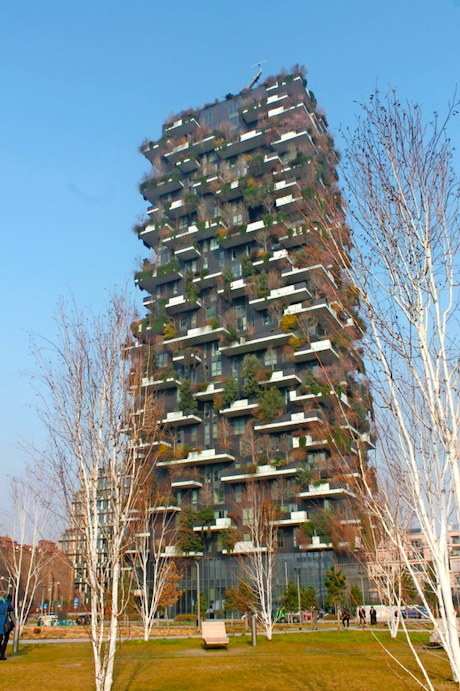 This law is of course great news for gardeners and growers. Tree grower Paolo Arienti confirmed this. His 100-ha nursery is located 100 km east of Milan. He exports many of his trees, but also likes to distribute locally. “Aesthetics alone won’t get you very far. But when you tell the governors about the air-purifying qualities of trees and plants, the politicians are all ears”, said Arienti.

So, what about that apartment in Bosco Verticale that I liked so much? I’m afraid there’s a slight catch. It costs 15,000 euros per m2. Just a little over my budget. Imagine, an average toilet measures at least one square metre. That’s an expensive wee!