Today I was bitten by a black fly; a fly that takes a bite out of your skin so that blood runs out and it itches for a few days. These flies usually become active in April. But this year, the spring started later than normal. The temperature remained below average for a long time and the light sum was lower due to overcast.

As a result, not only nature was delayed, but also production in the greenhouse. At many greenhouses, this led to slower growth. The sale of spring products also started later due to the cold period. In general, this was not a problem. The demand was good. The sale of bromeliads usually starts well after any season; after Christmas, after Valentine’s Day, after Mother’s Day. Due to the late season, the trade for Bromeliads is also being delayed. 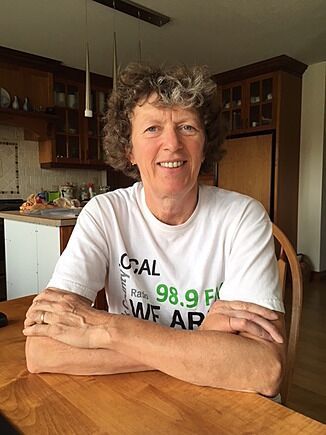 Fortunately, we are catching up. In the greenhouse we are busy potting and spacing the new batches of Bromeliads, making cuttings and potting of Ficus Benjamina. Also, we are planning for 2020 (Hibiscus and Ficus) and 2021 (Bromeliads).

It is interesting to realise that we are planning this, but may not be implementing it ourselves. More and more of the responsibilities are moving to the next generation. And we perform fewer and fewer daily tasks ourselves. This process of business transfer is developing slowly. There is much to learn and much to do for all involved. For me this means: letting go of the work that I have enjoyed doing for 30 years. And that is an interesting process. Because we withdraw, there are also opportunities for new employees. However, the pool of people with the right knowledge and commitment is limited. In this way, every step comes with a new challenge.

Meanwhile, three different groups from the University of Guelph are doing research on our property. It is interesting to meet the professors and their enthusiastic students. The first group conducts research into CO2 capture in the prairie; the second group investigates stress, hormones and behavior of savanna sparrows; the third group investigates the diversity of insects in the prairie.

This last study is a repeat of last year. Insects were caught by means of a kind of tent in which the insects flew or crawled. There was an opening in the roof of the tent. When the insects went through it they ended up in a bottle with alcohol. This bottle was emptied every two weeks and examined for existing DNA. DNA was found from 4243 different insects collected at two locations on our property between May and October of 2018. Perhaps there was also such a nasty black fly. That one can no longer do any harm.

Hold on a little longer …

Floribusiness Editor - 19 april 2021 0
Saturday night Alfredo Corvi passed away after a short illness. The florist from Varese was a prominent person in the Italian floriculture sector. He...

‘Growers in Ecuador probably pleased with outcome of elections’

‘A healthy, growing crop reads like a good book’