Five years from now, the introduction of new plants and flowers will be shaking up the floriculture chain. The latest breeding techniques will help produce varieties that meet the demands from the market. This is what Hans van den Heuvel, Managing Director R&D at Dümmen Orange, said on Tuesday at the International Floriculture Forum (IFF) in Vijfhuizen.

According to Van den Heuvel, the focus in the breeding sector is shifting from looks to user and cultivation experiences. “Who wants a new red rose?” was the rhetorical question that Van den Heuvel asked the audience. Typical areas that Dümmen Orange focus on in their breeding programmes include improved resistance against diseases such as mildew, and better resistance against damage during transport. Vase life is another important focus point of course.

Van den Heuvel explained that the floricultural sector is around 25 years behind in their acceptance of new breeding techniques, compared to for example the vegetable sector. But according to the managing director, this gap can still be closed. “Five years from now, the market might see the introduction of new products that will shake up the chain.” Considering the large number of plant and flower species in the chain, at least 100, he does feel it might take a while before the entire assortment will have reached this next level of breeding.

The product development will also require a large round of consolidations within the breeding sector, added Van den Heuvel. In his vision for the next five to ten years, there will be a few strong platforms, where companies are collaborating on one breeding programme. He mentioned Dümmen Orange themselves, as well as the GeNovation collective, as examples.

Micha Danziger, CEO of Danziger, added that he’s also noticed an increase in the so-called vertical integration, where different links in the chain collaborate to market new plant and flower varieties. He fears that the scale increase in the breeding sector will be at the expense of the small, conventional breeders, which would have a negative impact on the diversity of the assortment. “On the other hand, gaps might occur in the market and create opportunities for these small breeders.” 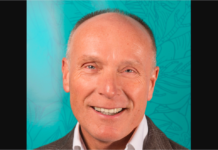 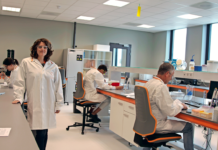 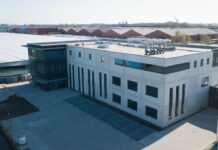 ‘Thrips is a nuisance for Colombian chrysanthemum too’