Despite the fact that the Italian economy hasn’t fully recovered yet, Italy remains a very important market for plants and flowers from the Netherlands. A market also, that is changeable and heavily influenced by the weather, special holidays, events and cemeteries. Floribusiness visited Myplant & Garden, the floricultural trade fair in Milan, which became big in a relatively short time.

“Perhaps we’ll finally be able to leave this crisis behind us. Perhaps the situation in Italy is gradually improving.” This hesitant statement came from Alessandro Gambin. He was one of the 655 exhibitors at Myplant & Garden in Milan, two weeks ago. Gambin has a cash & carry in Milan – Gambin Fiori – and a few small plant and flower delivery trucks. Gambin’s hesitation is illustrative. Anyone who has anything to do with Italy has been saying that the country is still struggling after the 2008 crisis. The Italian economy is only recovering little by little. Floridata’s figures for 2017 reflect this too. The 2.9% growth of Dutch plant and flower exports to Italy was below average.

However, with an export value of €319,936,000 in 2017, Italy still remained the fourth most important export country for plants and flowers from the Netherlands. After Germany, the United Kingdom and France. Italy continued its growth, which began in 2013. But they aren’t back at the highest level of the past seventeen years, which was €341 million in 2006.

The current year was characterised by a difficult start because of the cold weather in Italy, said a few exporters. With their reference to the weather, they’ve already mentioned an important aspect of the Italian market. One of two aspects that make the plant and flower trade so changeable. The cold causes crops to fail and brings the trade almost to a halt.

“Nobody goes to a cemetery or a garden centre at the moment. It’s too cold. But by the time spring arrives, my phone will be ringing non-stop”, said Machiel Rijsdijk of Kobitex.

Marco van Veen of OZ Planten, which supplies to wholesalers and retailers, even thinks that the weather is the most determining factor for the plant and flower trade in Italy. “For as long as I’ve been coming here [thirty years, Ed.], I’ve heard people say that Italy is in a crisis. Of course, the Italian economy isn’t great, but the main factor is the weather. On cold or wet days, you don’t sell anything.”

Kobitex targets the highest segment. Rijsdijk noticed how retail is on the rise in Italy, but that doesn’t bother him. “Exporters who are buying through the clock might be facing some competition, but the retail trade is a completely different category from our expensive products.”

A second factor that makes the Italian plant and flower market ‘all or nothing’, is the dependence on festive days, cemeteries and events. Plants and flowers aren’t really bought for personal use. “The periods between festive days can be hard. Daily plant and flower sales doesn’t really exist here”, explained Sylvia van Paassen of FleuraMetz, which sells mostly to florists in Italy.

Kobitex’ sales to Italy consist of plants only. Rijsdijk and other exporters also confirm that plant sales from the Netherlands to Italy have been increasing lately. Van der Plas, who has been active in Italy for 24 years, selling mostly to florists, garden centres, kiosks and a few wholesalers in the north, started with plants seven years ago. “It was the right move at the right time”, according to Nino Cossu.

Van der Plas’ plant sales to Italy increased rapidly in a short time. From 0 to 40% of their total turnover to Italy. Cossu: “The crisis changed the Italian passion for flowers into a passion for plants. Plants are more durable.” Phalaenopsis for example, has been gaining popularity.

Van Paassen feels that the shift from flowers to plants began in 2016 and reached its height last year. “At the moment, I no longer see plant sales increasing any stronger than flower sales.”

Alessandra Vitali Rovati of the exclusive Milanese flower shop ‘Tearose’, has been having exactly the same experience. At the Dutch consulate in Milan, where a group of mostly Dutch growers was invited by Consul-General Johan Verboom, Rovati explained that she’d recently started working with plants for events and weddings, because they stay nice for longer than flowers, making them more sustainable.

Rovati gave an example of a wedding for which she supplied 7,000 plants. At the end of the day, all guests were allowed to take plants home with them, spreading the greenery across the city, she said idealistically. Rovati: “There’s got to be a way to make flowers more sustainable, though. We wouldn’t’ t want to loose fresh flowers from our assortment.” 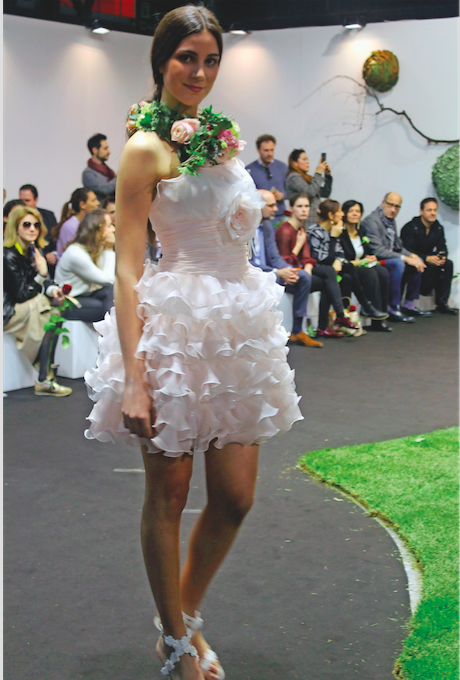 Another important development on the Italian market, is that the orders are getting smaller and smaller. Gambin – 70% of his trade is from Holland – used to buy one lorryload of plants from the Netherlands every week. “But the current market requires a different method. So, we’ve started buying three times per week: on Tuesdays, Thursdays and Saturdays. Customers want fresh plants every day. The same is true for flowers. Customers used to order bundles of 20 roses, nowadays it’s 5.”

Van Veen considers this a logical development. “Customers can order five times a week. Why would you still keep large amounts of stock?”

The Italian quality of plants and flowers is good, is the general belief. Italian growers are scattered across the country though, making it difficult to get their produce to customers. A sophisticated distribution network is missing. And that’s exactly what Dutch exporters do have. A unique selling point, as Rijsdijk calls it.

That leaves us with the payment morale of the Italians. You still have to watch out, said exporters. Every now and again, the Italians will use the crisis as an excuse to demand an extension of payments. Exporters need to check potential customers. Which they all do, by keeping an ear to the ground within the market, and via check-ups through Floridata and Agrocheck. They also work with credit limits and in some cases they ask for payment in advance. The further south you go, the trickier it gets.

Van Veen therefore feels that you can’t just get up and start trading in Italy. Rijsdijk agreed. “Selling plants in Italy isn’t hard. The real challenge is managing the debtors.” Payments happen to be a very touchy subject for Italians. Van Paassen: “If you ask an Italian to pay an invoice, he’s offended.” 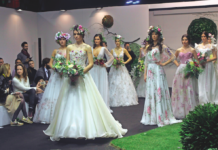 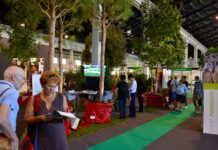