Jack VanderMaas (53), originally from the Dutch province of Zeeland, is the new General Manager of Ontario Flower Growers Co-operative in Mississauga, Ontario, Canada. He’s been given the task of attracting more customers and getting more growers interested in selling through the auction. “It won’t be easy, but I do believe that the auction has enough unique selling points for growers and buyers.”

How did you end up in Canada?

“My parents emigrated to Canada in 1987. I was over 21 at the time, so my parents left it up to me whether I would come along. I decided to stay in the Netherlands. But a year later, I made the move to Canada after all. I didn’t really know what I was going to do here. Back in the Netherlands, I worked as a flower buncher at Wisse floristry in Heinkenszand, Zeeland province. I went to two schools for horticultural training, in Kapelle and in Breda. I was half expecting I’d be working as a flower buncher in Canada, too. There were some jobs available, but the pay wasn’t great.”

“I spent a few months working for a grow light supplier. But when I visited an Open Day at Westbrook Floral, I said to my wife: that’s where I want to work. I applied and got a job. I worked in their sales department for ten years. The first couple of years on the ‘bucket truck’. I drove a lorry filled with flowers to all the customers, who would choose and buy from the lorry. Later on, I worked as a sales person at their office. At some stage I accepted a job with United Floral Distributors, a company like Westbrook, but smaller. In 2001, I started my own wholesale company, with my own bucket truck.” 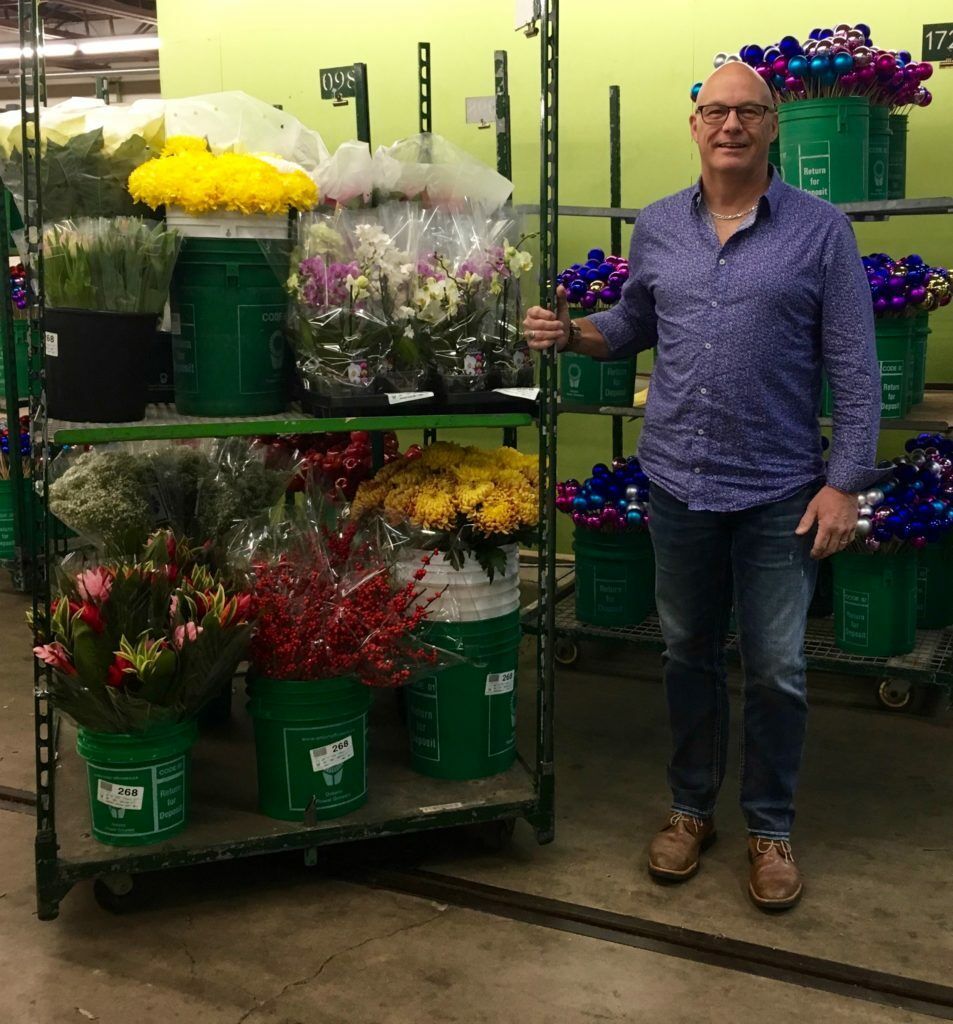 Why did you give it up?

“I’m 53 years old now and I was visiting customers every day, constantly loading and unloading the lorry. It’s hard work, physically. It was fine for now, but I might no longer be able to do it in five years time. I had to think of the future. And I was interested in becoming the auction’s next General Manager. All previous managers were growers. I used to buy at the auction and as a trader, I will try and put my own stamp on the organisation. But of course, any change should benefit both growers and buyers.”

Have you been given any specific tasks?

“To attract more customers and to get more growers interested in selling through the auction.”

How are you going to achieve that?

“It’s too early to answer that. But I can see opportunities. There are plenty of people in the Greater Toronto Area and beyond, who could buy at the OFG. It won’t be easy, but I do believe that the auction has enough unique selling points for growers and buyers. For the time being, we’ll focus on trying to increase revenue. I don’t get the impression that we can cut costs at the moment. We’ve got an excellent team that works very efficiently.”

Is digitalisation becoming more important for OFG, too?

“Yes, remote buying is gaining popularity and we offer Shop the Clock and Pre Auction Purchase via our website. Shop the Clock allows customers to buy plants and flowers for buy-back-prices from Wednesday afternoon until Sunday night. This concerns mostly imported produce. Buyers can collect their purchases on Mondays. Pre Auction Purchase is our system for auction presale. The millennials are absolutely fine with it. They buy online more and more. The older generation finds it harder. They either don’t understand or don’t want to try it. They’d rather stick with the gallery.”

“I’ve got a large collection of model cars (Matchbox and Hot Wheels). And I like scuba diving. I also love listening to Dutch music. My radio’s always tuned to 100% NL, both at the office and at home. A day without music is like a day without sunshine!”