At the RHS Chelsea Flower Show Hydrangea ’Snow White’ (Runaway Bride) has been awarded the title Plant of the Year 2018.

The novelty was introduced at the world famous gardening show in London by UK mail order company Thompson & Morgan. The winning plant is bred in Japan by Ushio Sakazaki. 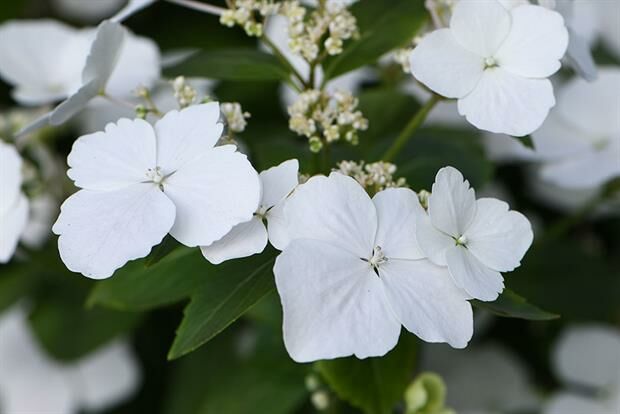 According to Paul Masters, head of horticulture at T&M, Runaway Bride is remarkable because it not only flowers on terminal buds, but also on lateral buds. The result is one of the most floriferous hydrangeas, flowering from spring until autumn.

Approximately 40 new varieties were send in at Chelsea. Eryngium ’Blue Waves’ from Hillier Nurseries finished second. T&M, which had a total of nine new varieties, won the third prize with their own bred Helianthus ’Brown Eyed Girl’ (Sunbelievable).

Last year a new variety from Japan send in by a UK company, won also at Chelsea: the dwarf growing Morus rotundiloba ’Matsunaga’ (Charlotte Russe), bred by Hajime Matsunaga and introduced at the show by Suttons Seeds.