Keukenhof is keeping its gates closed until at least 6 April. This is in response to the Dutch government’s latest measures to delay the spread of the coronavirus. The opening of the gardens in Lisse was originally planned for 21 March.

Suppliers of plants and flowers for the indoor exhibitions at Keukenhof were informed about the postponed opening last Thursday afternoon, after the government’s press conference about the measures against the spread of the coronavirus.

On the 12th of March, the Dutch government announced that events attended by more than 100 people all over the Netherlands had to be cancelled or postponed until 31 March at least. This also applies to public places like Keukenhof. The park is currently discussing the situation with its partners. The official opening, planned for Thursday 19 March, has also been cancelled. 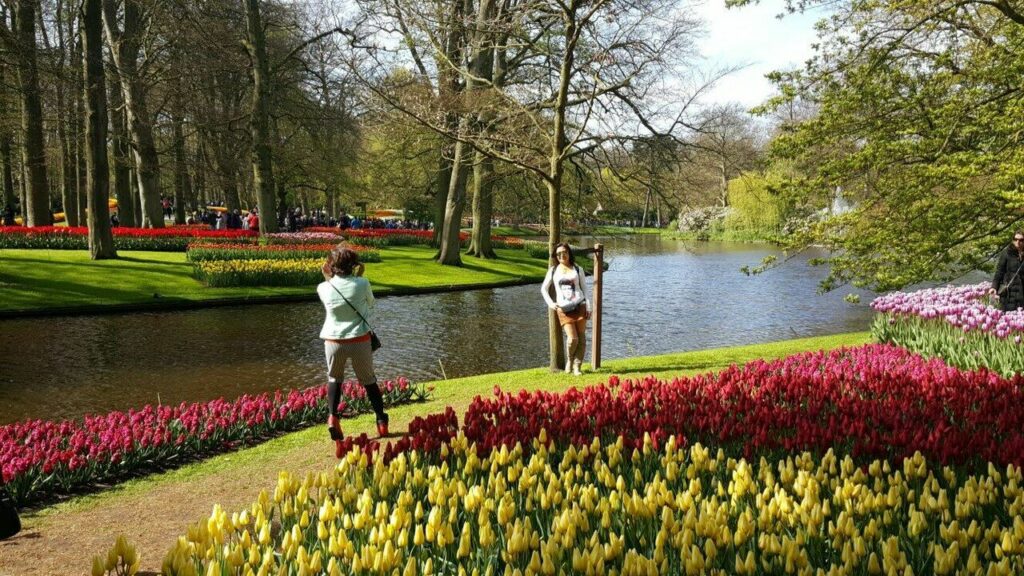 In their official statement of Saturday 14 March, Keukenhof said the postponed opening is an enormous disappointment, with major financial consequences for everyone involved. Employees and partners, who have been working on the preparations for an entire year, are all very upset. The park is completely ready for opening, the flower bulbs are in bloom and the flower show areas are mostly ready too.

“We realise that these measures have enormous personal and financial consequences for many people and companies that are involved in Keukenhof in the spring season, as well as for the international tourism sector”, wrote Keukenhof in their statement. “We’re trying to respond to the new situation as fast as we can. The long-term continuity of Keukenhof is not in jeopardy.”

Keukenhof will closely follow the developments and keep the public informed. “We’re ready to open on the 7th of April as soon as the emergency measures end.”

It’s no longer possible to order tickets through the Keukenhof website.

The DutchAmsterdam website also informs tourists who want to visit the Dutch capital (and surrounding area) on the impact of the coronavirus. It states that Keukenhof will be open for 6 weeks this year, from 1 April until 10 May.

Click here to read more about the impact of corona on floriculture.

‘In the past year costs have risen enormously’