Royal FloraHolland, Schiphol Cargo and KLM Cargo have jointly founded the Holland Flower Alliance (HFA). The aim of this alliance is to improve logistics, air cargo in particular of course, in order to expand the plant and flower trade and regain any trade previously lost. The pact should ensure that the Aalsmeer region will maintain its position as the most important marketplace for plants and flowers worldwide.

This is what Greenport Aalsmeer said. According to Greenport, “These parties are all market leaders in their own field and together they’ll be a top player with regards to supplying, transporting and handling of high-quality floricultural products via an intricate network of routes from and to hundreds of destinations all over the world.” It’s important that the Aalsmeer region is made more attractive, as more and more suppliers in other countries, such as Africa, Latin America and Israel are sending their flowers to airports like Liège and Frankfurt instead of Schiphol.

Coen Meijeraan, Public Affairs Manager at FloraHolland, stated that KLM Cargo sees potential for growth in the floricultural sector. “We’ve already started increasing the capacity on flower routes.” KLM is going to allocate three Boeings especially for the transport of plants and flowers on some of their existing routes, East Africa and South America in particular. The rest of the world will be served by transportation in the cargo hold of passenger aircrafts or via KLM’s partners, according to the Alliance.

The members agreed they’re going to meet on a regular basis in order to optimise the logistics chain further. They want to create the perfect chain for the delicate floricultural products. One of the aspects that HFA is going to investigate, is whether they can introduce a standard packaging solution. And they’re going to look into bringing together all the different IT-systems on one platform, accessible to all participants.

HFA emphasises that there’s also going to be a strong focus on marketing – they’ll present themselves as the number one European hub for floricultural products. An additional objective is to lower the fees and to invest in the collaboration with customs and with the Netherlands Food and Consumer Product Safety Authority (NVWA). 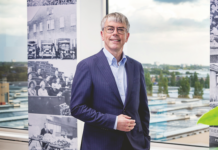 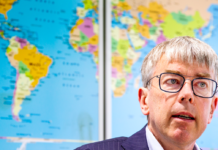 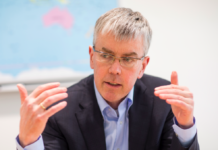