The new Lugt Lisianthus nursery in Monster, Netherlands was officially opened in week 8. In this 5.8-ha greenhouse, the Van der Lugt family cultivates lisianthus using ultramodern techniques.  They harvest 600,000 flowers per week. Hundreds of interested people came to have a look at the new nursery.

On Thursday 20 February, more than one hundred customers and relations raised a glass to the opening of the new, 5.8-ha nursery. The four owners from left to right: Richard (son of Peter), Peter, Hans and Marcel van der Lugt. On Saturday 22 February, hundreds of family members, neighbours, colleagues and other interested parties visited the new nursery in Monster. 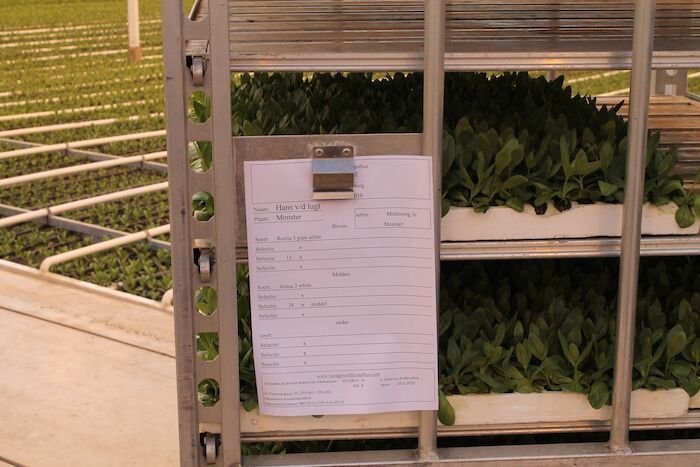 Lugt Lisianthus has another, 5.5-ha nursery in nearby Honselersdijk (bringing their total acreage of lisianthus to more than 11 ha). To avoid confusion for suppliers, they decided not to call the nurseries ‘location 1’ and ‘location 2’. This delivery note for example, shows that supplier Van Egmond Lisianthus was to deliver propagation materials for the new nursery to ‘Hans vd Lugt in Monster’. The greenhouse in Honselersdijk is referred to as location ‘Peter vd Lugt’. 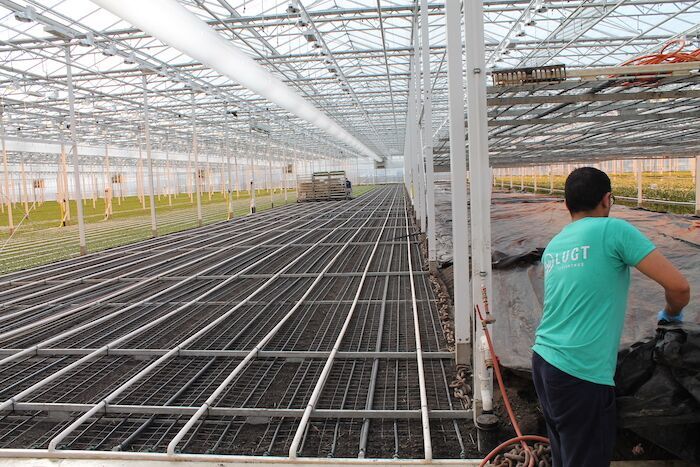 The 5.8-ha greenhouse in Monster has a planter that can plant 3 beds at the same time. One section has space for 100,000 cuttings. They’re planting six sections per week.