Last year the Horticultural Trades Association called on UK companies to stop import from Xylella regions, but how many actually are doing this?

In the summer of 2017 UK companies started to declare they would stop buying host plants from regions with an outbreak of Xylella. That led quickly to a list with nearly 50 nurseries, garden centres and landscapers.

Now, more than a year later, over 260 UK companies have signed up the Xylella Responsible Sourcing Statement. „There have been many additions”, says Gill Ormrod of the HTA. „And no-one has withdrawn.”

The HTA made an infographic with ornamental species that Xylella fastidiosa is most likely to hit on the UK market: by the subspecies pauca, fastidiosa and multiplex. 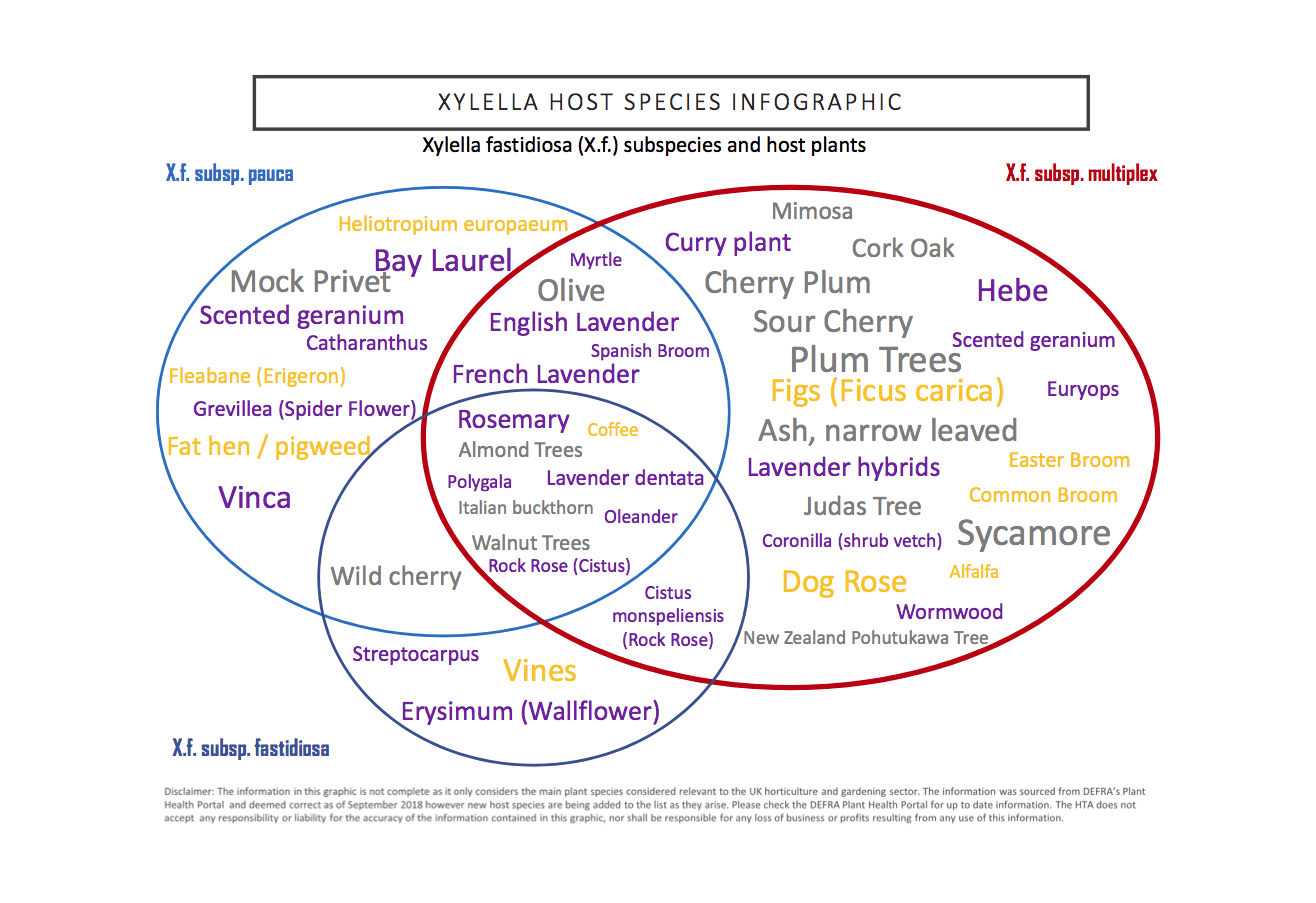