’The years between 2009 and 2015 were dramatic. Our turnover decreased by 10% each year. But the last couple of years, our turnover has been increasing by 10% per year’, said azalea and camellia grower Paolo Zacchera adamantly, when I asked him about his business at Myplant & Garden. It seems like Italy is slowly recovering from the recession.

I write ’seems’, because one day in Italy is a bit too short to form an opinion about the state of the economy in the Boot of Europe. In other words: I’ve placed the thermometer in the country and it’s still busy taking the temperature.

One thing that’s for sure though, is that the Italian economy and politics are much discussed topics at Myplant & Garden. The country got a new government last year, which consists of a coalition of the Five Star Movement from the south and the Lega Nord from the north. These populist parties have their own methods to help Italy, which has been having great trouble recovering from the 2008 economic crisis, back on its feet. Methods that ignored at least one EU rule. The budget deficit as presented to Brussels was too high, said the EU. The Italians were sent back to the drawing board. The Netherlands in particular, was sounding off about the Italians and how they must stick to the rules.

I’ll leave it at that for now with regards to economics and politics. Let me write a few lines about the tour that I made together with journalists from many different countries along a few of the Italian exhibitors. We were introduced to a wide variety of entrepreneurs, including tree growers, indoor-plant growers, a bonsai grower, flower-pot manufacturers, a turf grower and a rose breeder. 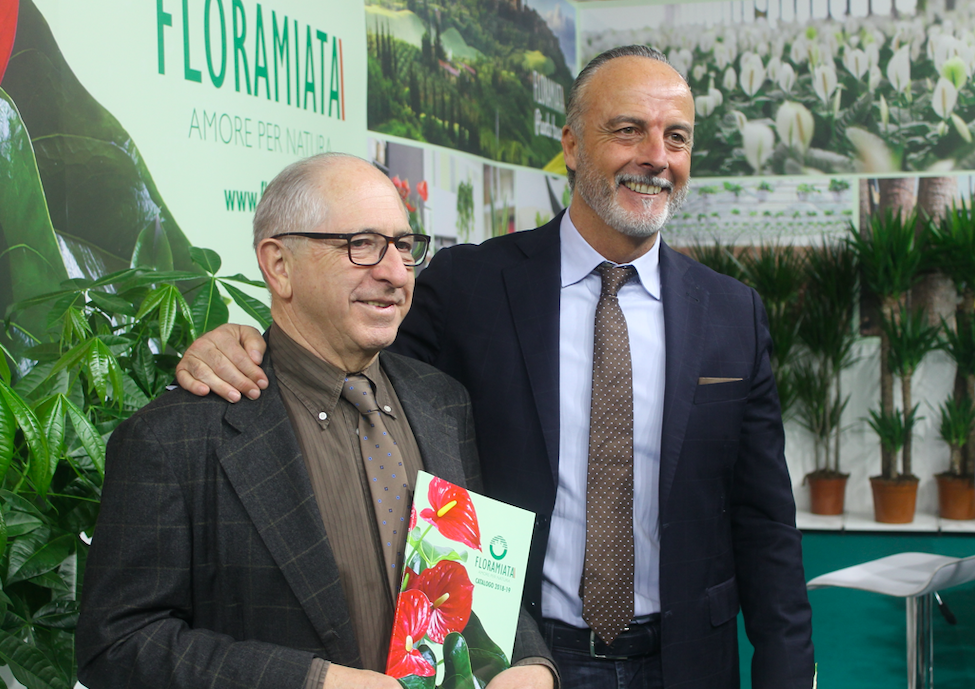 There were a few common denominators, though. I’d recently read somewhere that most Italian horticultural companies are small scale. But these companies were all huge. For example: Floramiata, which cultivates tropical plants, such as spathiphyllum, calathea, schefflera, phalaenopsis and anthurium, has a production of no less than 127 ha. Fun fact: their 30-ha greenhouses are heated by geothermal energy. Enrico Barcella and Marco Cappellini didn’t miss the opportunity to say how sustainable their production is, and rightly so, as they don’t emit any carbon dioxide.

Xylella in Puglia, not in Sicily

A second example: Sicilia Verde, a 70-ha company growing citrus and olive trees. Their trees are distributed all over Europe. Some of them even have edible fruits. And what about their olive trees? Not affected by xylella? No, absolutely not, I was assured. That’s a problem in Puglia, but not in Sicily. As long as they get all their certificates from the authorities, they can export their trees without any problems. 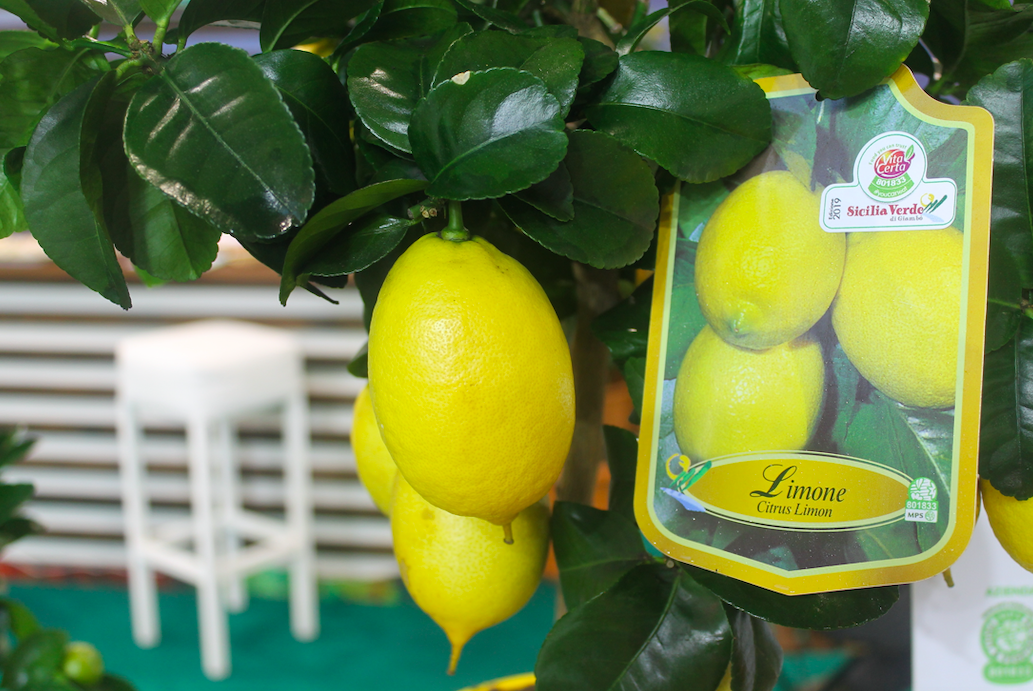 Another example of scale: Vannucci Piante in Pistoia. A mega company consisting of 650 ha of trees and shrubs, plus 100 growers who cultivate for them on a contract basis. Does that work? Oh yes, said Andrea Cairdelli. Vannucci has very strict standards, which all growers need to adhere to.

One more: Coplant in Canneto, a 100-ha plant and tree nursery. A typical family business, they explained. They currently have seven family members working in the company. And that’s the second thing that many of the companies we visited at Myplant & Garden have in common.

The third common feature is that they all go back a long way. Vannucci, for example, have been existing now for 80 years. It isn’t that surprising that these companies have been around for a while. This kind of scale isn’t achieved overnight, after all. Floramiata in Piancastagnaio started in the eighties, when the mercury mines in the region were all closing down. It was a way to offer people new employment. These days, the company still employs some of those miners’ grandchildren. 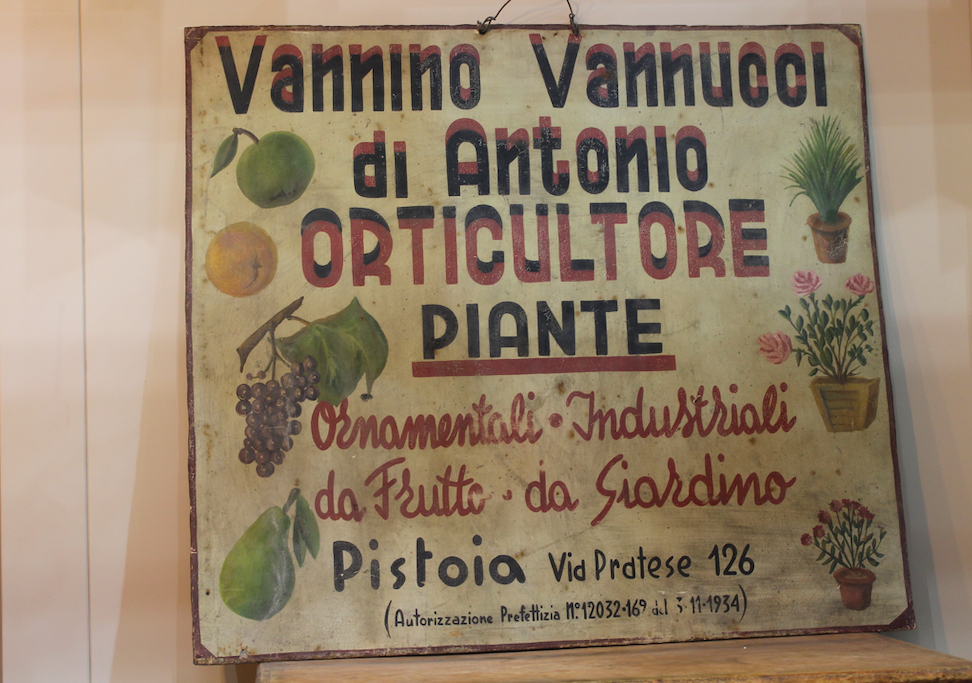 At the end of this first day, I made my way over to an award ceremony. The Dutch growers had high expectations. But alas, none of the awards went to them. How did that happen? The Netherlands really lashed out when Italian prime minister Giuseppe Conte presented his budget plan in Brussels. Could this be the Italians taking revenge?

Moral of this first day? Mark Rutte shouldn’t be such a know-it-all towards Italy.

Arie-Frans Middelburg - 1 februari 2023 6
Everything is finally back to normal in China. Particularly the second half of 2022 was still a mess, with lockdowns everywhere, scanning, testing and...