The recent dismantling of Marjoland Rozen’s mobile cultivation system marked the end of an era. From 2003, fourteen of these systems were installed on a total of 40 ha. Several rose nurseries, including Marjoland, used a mobile cultivation system for approximately fifteen years, during which they planted two crops. The shortest life span was one year. Time to look back.

Marjoland Rozen from Moerkapelle had still invested another €10 per square metre in their mobile cultivation system in 2018. They had to do something about the wear and tear on certain parts and fix some leaks in the watering system. The crop, Sweet Dolomiti, wasn’t going to be culled until 2021, ten years after planting.

However, when the opportunity arose to plant Red Naomi! a year sooner, they decided to bring forward crop replacement by a year and started dismantling their mobile cultivation system. Fifteen years after it had been constructed, the system was showing its age. 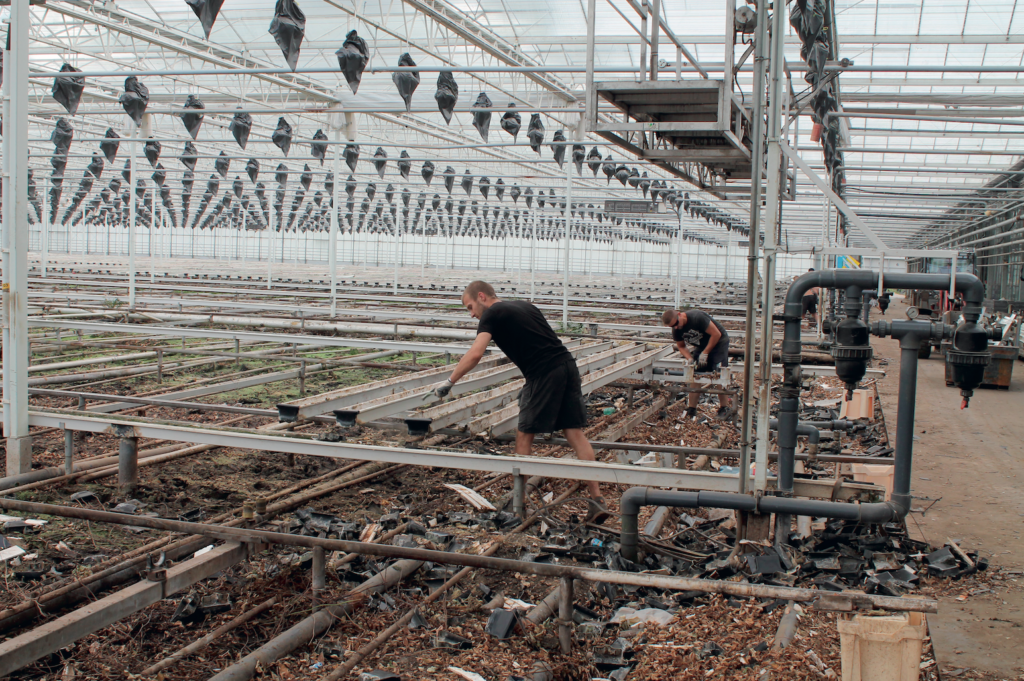 Daniel van den Nouweland: “The individual parts are still fine though, and they’re taken over by a strawberry grower. He’ll use them to build a mobile cultivation system, which will move his plants around approximately 80 times per year. The system was used much more intensely at our nursery. We had two gutters on each base and our sections were relatively deep. The forces applied to the system were enormous. The entire crop was moved around the greenhouse at least twice a day for cutting and plant care.”

Have we reached the peak demand for roses globally?

Feico Smit - 7 december 2021 0
Almost out of nothing, the road to the farm I am visiting is suddenly being paved with asphalt. After more than thirty years, construction...

‘The Italian wedding industry will recover in 2022’