There’s been a general strike in Ethiopia since Friday. Work at the flower farms in Ziway also came to a halt for three days. The events had an impact on the supply and the price formation at Royal FloraHolland.

Growers in Ziway hadn’t been able to harvest for three days last Monday, because their employees were on strike. The first employees went back to work on Tuesday. But growers in Ziway said at that time that it wasn’t clear yet whether the unrest had come to an end. One day later, the majority of the employees was back at work though, is what one of the growers in Ziway reported on Wednesday morning. 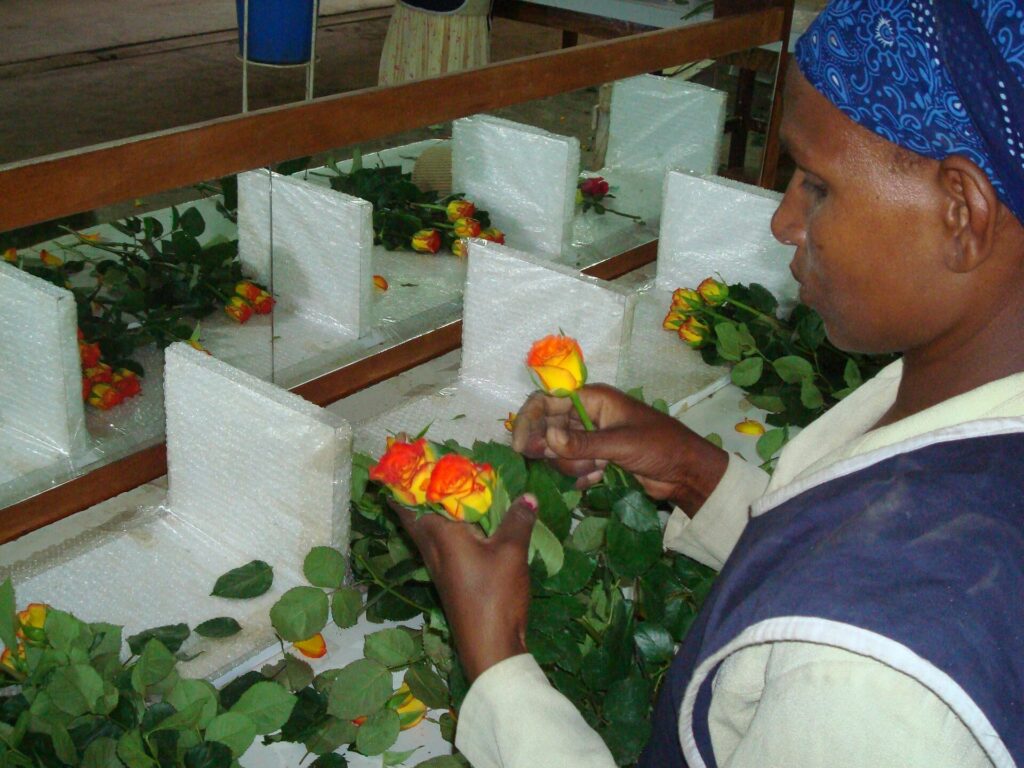 The employees of the rose companies in Ziway went on strike because they were threatened and intimidated by a local group of militant young people. The youngsters don’t work at the farms, but they were obstructing access for employees.

According to the Dutch Ministry of Foreign Affairs, the unrest was limited to a few places in Oromia, the region where Ziway is located. “There’s a group of young people in Ziway and the surrounding area, who are unhappy about the presence of foreign companies in Oromia.  Under the previous regime, foreign investments were viewed as an extension of the government, which they really hated. But the federal and regional authorities welcome foreign investments, even under the new (Oromo) prime minister, Abiy Ahmed”, explains Miral Scheffer. She’s the Ministry’s spokesperson. “Demonstrations by these young people played a role in Abiy’s takeover. The current protests against these companies aren’t necessarily of a similar nature. One particular company outside Ziway for example, seems to be dealing with an internal conflict.”

Growers have the impression that the anger wasn’t just focused on foreign companies and horticulture, but that it addressed other sectors and Ethiopian companies too.

Employees from the Dutch embassy in Ethiopia immediately travelled to Ziway last Friday to get an idea of the seriousness of the situation. The embassy listens to all the parties involved and calls for public order to be maintained by the authorities in Ziway and the federal and regional authorities in the Ethiopian capital city of Addis Abeba. The embassy will continue to monitor the situation and they stay in touch with Dutch entrepreneurs. They will also continue to remind the authorities (both at a local and a regional level) of their responsibilities to maintain public order.

Ziway has a total of around 600ha of flowers that are traded via the Netherlands. Royal FloraHolland received significantly fewer roses on Tuesday and Wednesday, which had an impact on the price formation according to spokesman Michel van Schie.