Cuttings are catching up with flowers in Uganda

Uganda’s flower export has seen a slight drop in the past couple of years. However, as a cutting producing country, Uganda continues to maintain its importance. The Ugandan export value of cuttings has almost surpassed the export value of flowers.

60,000 flower farm workers in Kenya get 25 per cent salary increase

Over 60,000 flower farm workers across Kenya are set to benefit from a 25 per cent salary increase. This is after the Agricultural Employers' Association (AEA) signed officially a pending Collective Bargaining Agreement on Thursday with the Central Organization of Trade Union (COTU).

’Many growers are flooding the auction with flowers’

'Some customers call our farm a rose boutique'

Rabobank’s 2016 World Floriculture Map, published in cooperation with Royal FloraHolland, highlights some key global trends in the very diverse floriculture sector. Colombia, Kenya, Ecuador and Ethiopia—have passed the share of the Netherlands in 2015 and now account for 44% in global cut flower exports.

An impression of IFTF Vijfhuizen

International Floriculture & Horticulture Trade Fair (IFTF) is getting more international every year. This year growers from Iran and Rwanda showed their flowers and potted plants for the first time in Holland. Ofcourse growers from the big flower producing countries like Kenya, Ethiopia, Ecuador, Colombia and Israel were also present at the fair.

Van Den Berg Roses, Hoogeveen Plants and Herburg Roses are the winners of the Dutch Flower Awards 2016. The winners were announced at the FloraHolland Trade Fair on Thursday 3 November. This year the central theme was "sustainability".

'I put my head down and keep going'

This year, Dutch Flower Group (DFG) has nominated nine growers for the Dutch Flower Awards 2016. The awards will be handed out in the categories cut flowers, plants and foreign suppliers.

Olij Roses International / Olij Breeding, with head office in De Kwakel, is to become part of Dümmen Orange. The two parties have reached agreement on the transfer of shares.

'The market will soon be flooded with flowers'

The Kenyan flower business is holding its breath

Before the first of October the East African heads of state are required to ratify the Economic Partnership Agreement (EPA) with the European Union (EU) if it is to come into effect. In case they do not ratify, higher export tariffs will be imposed on the products of companies exporting their products from the Eastern African Community (EAC) to the EU’s common market. “This will be the end of the flower business in Kenya”, expects Jane Ngige, director of the Kenya Flower Council. The whole sector is holding its breath.

The world’s rose area is decreasing

The world's rose area is decreasing every year. Over the past five years, the decrease was 27%. There are about 1,700 hectares of roses in Europe at the moment.

From Saturday September 3 to Tuesday September 6 the recently launched Iran Green Trade Fair (IGTF) will be held in Tehran, the capital of Iran. The exhibition has been developed to bring the Iranian and international Horticulture industry together, to boost Iran’s production of vegetables, fruits, flower and plants.

Roses for French mothers expensive because of El Niño

Red roses were scarce and costly in the wholesale sector last week. VGB, the Dutch branch organisation for wholesale trade in flowers and plants, stated that this was caused by the climatic phenomenon El Niño.

According to Dutch TV show ZEMBLA, the Ethiopian employees of the Dutch rose grower Sher are living in poverty. Allegedly, the company also evades taxes and uses too much water and harmful substances. The item was broadcast on Dutch TV on 18 May 2016. Sher Ethiopia distances themselves from the ZEMBLA broadcast. 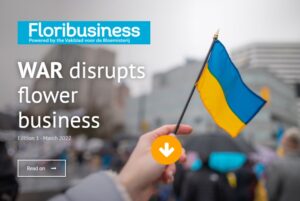