Richard Fox, Director Sustainability with Flamingo Horticulture, among other things, is the new chairman of Union Fleurs, organisation for the international plant and flower trade. He’s the successor of Herman de Boon. Fox is the first non-European leader of Union Fleurs. “The fact that I’m President now is an acknowledgement of the important role that non-European countries are playing in the industry.”

Who’s Richard Fox?
“I was born in England, went to Kenya 40 years ago as a young engineer, and found my way there in the horticultural industry. I’m Director Sustainability with Flamingo Horticulture. I’ve also been involved in the Kenya Flower Council since 10 years. I’m involved in FSI too. I’m very focused on sustainability. Many of the activities in the horticultural industry are connected to sustainability at a social and environmental level. Customers also want to know that flowers are produced and transported in a sustainable way.”

You’re the first non-European chairperson?
“Looking at the trade statistics, Kenya, Ethiopia, Ecuador and Colombia have become key players in the floricultural industry. It isn’t like those countries didn’t play a role in Union Fleurs before. I’ve been involved for a long time myself and Colombia was already represented too, but the fact that I’m President now is an acknowledgement of the important role that non-European countries are playing in the industry.”

How important is Union Fleurs?
“Very important. Take Brexit for example. That has a big impact on many countries. Like Kenya. They’ll have to establish a new economic relationship with the United Kingdom. An important question for the Netherlands is: how can we continue to ship flowers via Europe to the United Kingdom? Another reason why Union Fleurs is important, is that all flower-exporting countries are looking for new markets. They’re currently finding those in the Far East and Australia. They run into certain obstacles in those countries. Union Fleurs understands those trade obstacles and can help remove them. Union Fleurs can provide members with a service and facilitate trade.”

What’s the main focus of Union Fleurs?
“During the past two years, we’ve developed a strategic plan. We’ve got to demonstrate our value and we need more members. We can be described as an information and networking platform for our members. We also facilitate easier and more transparent trading, which contributes to a flourishing floricultural industry. We also need to meet the challenges of the entire supply chain and ensure sustainability. And sustainability can’t be something that’s done to make a good impression, it has to be profitable to. One of Union Fleurs’ goals is to ensure that the younger generation will buy plants and flowers.”

Sustainability will be one the key strategic priorities for Union Fleurs?
It has actually been an integral part of Union Fleurs’ agenda for several years as it is ultimately closely related to facilitating trade, opening up new markets and removing trade barriers. This explains the involvement of Union Fleurs in FSI from the very start of the initiative in 2011-2012 together with the other founding members.   We will defintielty continue to dedicate attention and expertise to the sustainability agenda of the floriculture sector in the years to come as it is of crucial importance and benefit to all our members and supply-chain partners. 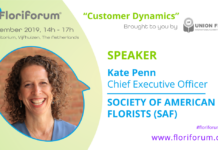 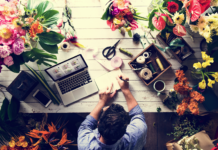 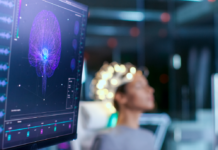 Floriforum is back in 2019, focusing on customer dynamics

The Battle of the Digital Platforms