Rentes Plants introduced Runaway Bride at GLAS, held last 19 July in Dublin. The mature plant was grown by De Jong Plant in Boskoop. „We are not currently growing it”, says Roy Rentes from the Irish nursery with Boskoop roots, „but we will with young plants from De Jong that we will grow on to a larger size.” 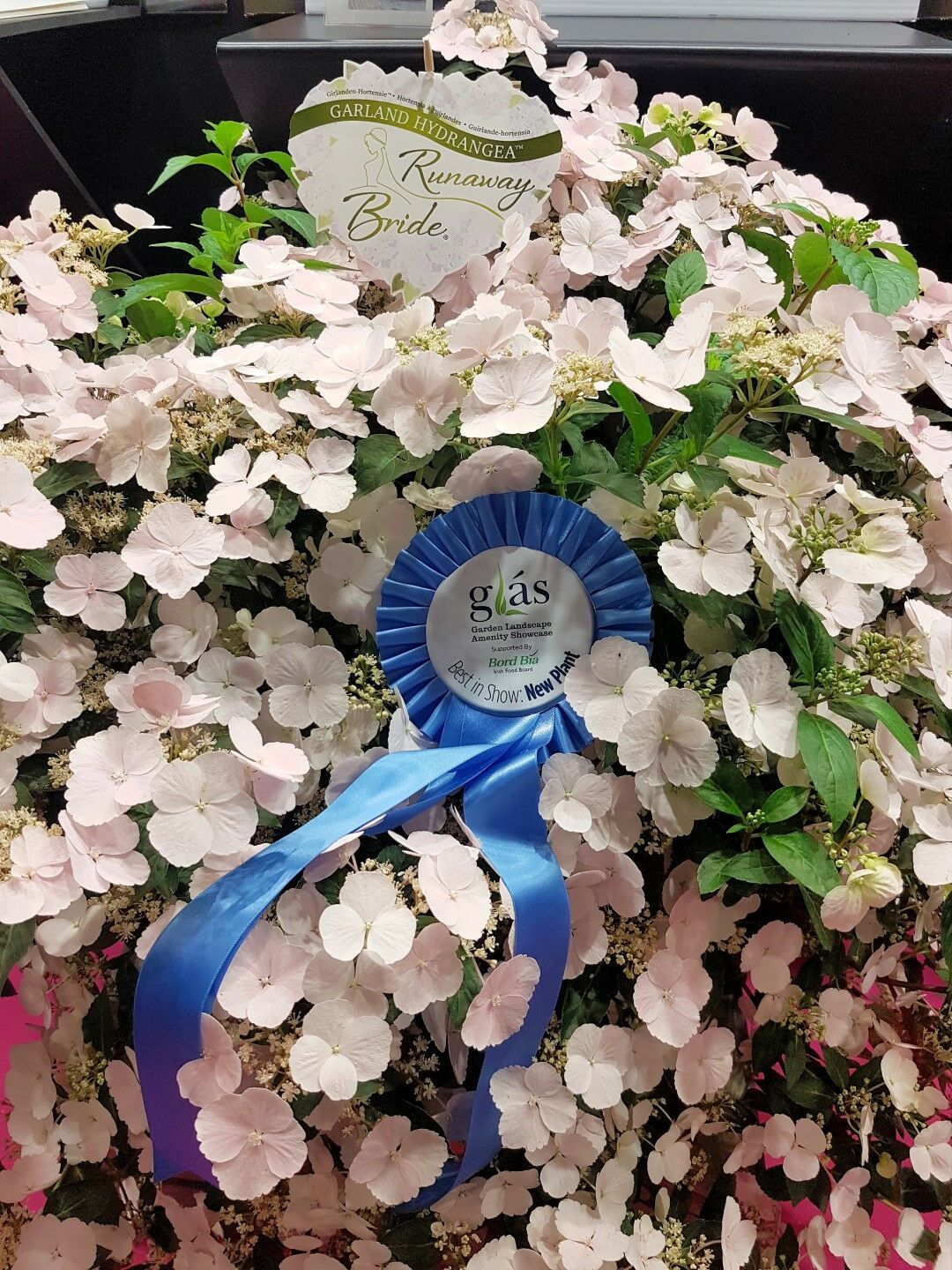 Next spring Runaway Bride will be launched in retail as finished plant; Rentes will do so on the Irish market. At GLAS and after the show Rentes received „a huge interest in stocking this Hydrangea. We predict it will be a big hit in the patio planting sector.”

Last May Runaway Bride won in London the title Chelsea Plant of the Year 2018. The novelty won because it flowers on terminal and lateral buds and grows like a sling.