The government of Rwanda is looking for investors who want to take over or rent the only rose nursery in the African country: the state-owned Bella Flowers. Rwanda wants to increase its production of floricultural products and support their trade and exports, according to the Dutch Ministry of Agriculture, Nature and Food Quality.

Rwanda’s floriculture industry is minute, consisting of Bella Flowers plus a mere three small summer flower nurseries. But last year, the government reserved more than 100 hectares for investments in the floricultural sector. Sites can be rented for 49 years, with the option to extend after that.

Out of the total of four Rwandan floriculture companies, rose nursery Bella Flowers is the largest. The state company on the shores of Lake Muhazi was founded two years ago, because Rwanda wanted to show that the country is suitable for rose cultivation.

The Rwandan government is now looking for investors, who want to take over or lease the 50-ha farm. The company is currently preparing to expand production by another 50 ha. The farm exports an average of 500,000 stems per week to Amsterdam (300,000 in low season and 760,000 in high season).

There are also three smaller, private summer flower nurseries in Rwanda. Floramatt, a Royal FloraHolland member, consists of 3.5 ha of summer flowers, including Calla, lilies, Craspedia, Mobydick, Tuberose, Chrocosmia and Arabicum. During the months of May until September, the company exports an average of 60,000 stems per week to Aalsmeer.

The three-year-old nursery, which had a turnover of $110,000 last year, wants to expand, reaching a total production of 2.5 million stems per year, within the next five years. However, the company doesn’t have the financial means to import the necessary plant materials. And there’s a shortage of suitable packaging materials.

The two other summer-flower companies are Bright Harvest (3 ha) and Bloom Hills Rwanda (3 ha). Bright Harvest grows Craspedia, Mobydick, Tuberose and Chrocosmia. The company, which started in 2016 and is a member of Royal FloraHolland, has sent 15 shipments of 10,000 stems to the Netherlands so far. The company is experiencing the same problems as nearby Floramatt.

Bloom Hills Rwanda has a Japanese owner. The company produces Gentiana and has room to expand to 10 ha. They began production in 2015 and are still in the testing phase. They haven’t yet managed to produce stems that are long enough to sell on the market. 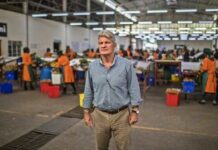 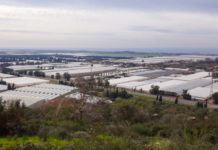 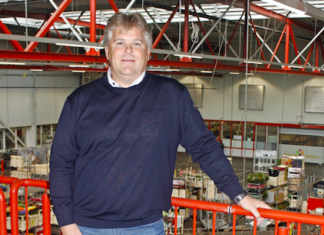