Royal FloraHolland, handlers and carriers fear that fewer flowers will be going through Schiphol in the future and that the auction and the Netherlands as a country will lose their pivotal role in the flower trade. The airport has reached its maximum capacity and they have already made the rules regarding the allocation of time slots more stringent. The air cargo transport sector has started to see the implications.

Edwin Wenink, supply chain program director at FloraHolland, already expressed his concerns on the Dutch news last September. The auction fears they might become less attractive as  a marketplace, when they can no longer import the same volume of flowers from abroad. The reason for this is that Schiphol airport has reached the maximum of its capacity.

As a result, they have made the rules for time slot allocation more stringent. Carriers must now meet at least 80% of the slot times allocated to them. If they don’t, they get fewer slots the next time – slots are allocated every three months – which means that they can’t maintain the same number of flights to Schiphol. The measure affects cargo transport in particular, and thus also the flower transport sector. It’s difficult for freight carriers to meet the slot times. Flying to meet a certain time schedule is often not an option as aircrafts normally wait until they’re full or make a detour to fill whatever space they’ve got left.

Shortly after Wenink’s television interview, the first party was already affected by Schiphol’s stricter policy. It looked like Russian AirBridgeCargo would lose 13 of its 23 flights to Amsterdam as per the 13th of October. Some political power play meant that this could be avoided for now, though. The Russians threatened to close their airspace for KLM. KLM subsequently gave some of their slots to AirBridgeCargo. Having to fly around the Russian airspace would have cost too much time and money, explained Senior Account Manager Fresh of KLM, Aldo Westen, last week at IFTF. 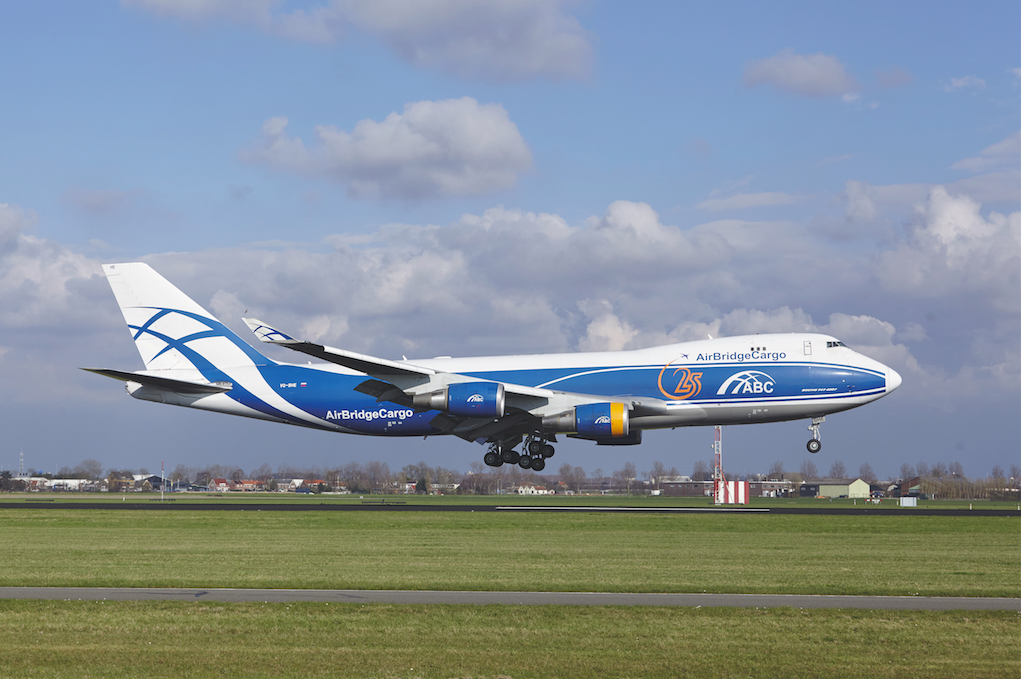 But in the meantime, several other cargo carriers did lose some of their slots: Emirates and Singapore Airlines. The latter might be increasing their number of flights to Brussels now. How the lost slots are going to influence Emirates isn’t clear yet. Emirates transports fresh produce from Africa and South America to Amsterdam.

Chances are that more airlines will lose slots and that they will no longer fly directly to Amsterdam in the future. It should be noted though, that many airlines are already flying to other destinations, from which produce is transported to Amsterdam by road. Flowers from Ethiopia for example, land in Brussels and Liège. Lufthansa flies from South America and Kenya to Frankfurt. Qatar flies to Maastricht.

The reason for this might lie in the policies regarding landing rights. Ethiopia Airlines for example, has no landing rights at Schiphol because the aircrafts don’t meet the environmental requirements. There are also some airlines that don’t have the right to fly between two airports when neither of those is their own hub. Like Saudia, which makes a stopover in Jeddah. Rumour has it that Kenya wants to deny several airlines the right to fly directly between Nairobi and Amsterdam, because they want to help Kenya Airways develop its cargo division.

The general idea is that indirect flights cost more time and money and have a negative impact on the quality of the flowers. “But that isn’t always true”, according to David de Haas of Logiztik Alliance. It’s sometimes a deliberate choice to unload outside the Netherlands and use road transport for the last stretch to Amsterdam. For example because handling costs are so much cheaper elsewhere, that that outweighs the cost of lorry transport.

One of the largest fresh handler at Schiphol is IP Handlers. Operational Director Mark Loos indicates that 90% of their trade goes straight through to other destinations. Many flowers from South America for example, are immediately loaded on lorries for Russia. The fact that Schiphol has reached its maximum capacity could have an impact on the handlers too.

“It would affect us hugely, if flowers no longer arrived at Schiphol”, said Loos. “We’ve got 85 employees and 30 temporary employees. Continuity is crucial for us.” Transport companies will be affected too, as many of the flowers that arrive at Schiphol are shipped to other European countries by lorry.

Only a small amount goes on to other countries by plane. And that stretch might be affected as well. In fact, exports are already experiencing a negative impact, according to Edwin van Saarloos, general manager of IAA Fresh Schiphol, which has had a fresh produce division since three years. Van Saarloos said they’re a top 3 player in the flower, plant and bulb export branch. Their main markets are the USA and Japan and their most important products are plants and flower bulbs.

The congestion at Schiphol, caused by the growing economy, means that there’s been an increasing demand for flights. And that with winter on its way. In summer, there are more flights because of the holidays. “We used to be able to get a flight against previously agreed rates, within 5 minutes after a phone call. But at the moment, we’re not given any space at all for those same rates.” Van Saarloos mentioned the exports to Brazil as an example – they ship mostly potted anthurium and phalaenopsis to the South American country. The rates to Brazil have gone up by 70 to 80%. “So far, we’ve still been trading the same amounts, but customers do comment on the higher rates.”

For the time being, the Netherlands is still an important hub for the international flower trade, receiving many tons of flowers each week, including 4,000 from Kenya and 1,400 from Ecuador. The effects of Schiphol’s recent measures have been limited so far. If aircrafts need to land at alternative airports, the Netherlands won’t necessarily lose their pivotal role in the international flower trade.

David de Haas, of Logiztik Alliance, indicated that Russian importers tried picking up their flowers directly from Frankfurt for a while. But they found that they missed out on the overall supply that the Netherlands offers.

Nobody knows how exactly Schiphol’s stricter rules are going to influence airfreight. But everyone agrees that in the long term, there will be some sort of impact. The more flower flights land outside the Netherlands, the bigger the chance that those flowers are no longer going to come to the Netherlands. Various parties fear that they will go directly to their final destination instead. De Haas: “Schiphol and Aalsmeer are very strong together, but eventually, traffic is going to go down.” It is expected, separate from the whole Schiphol issue, that the Netherlands will lose a certain amount of traffic anyway.