Rabobank Netherlands presented its report ‘Tulip mania or tulip bravura?’ this week. Are we experiencing a tulip craze, or are things being exaggerated? The outcome of the sector report was that there’s enough potential. According to the bank, distribution can still increase by around 1 billion stems. As long as certain conditions are met. 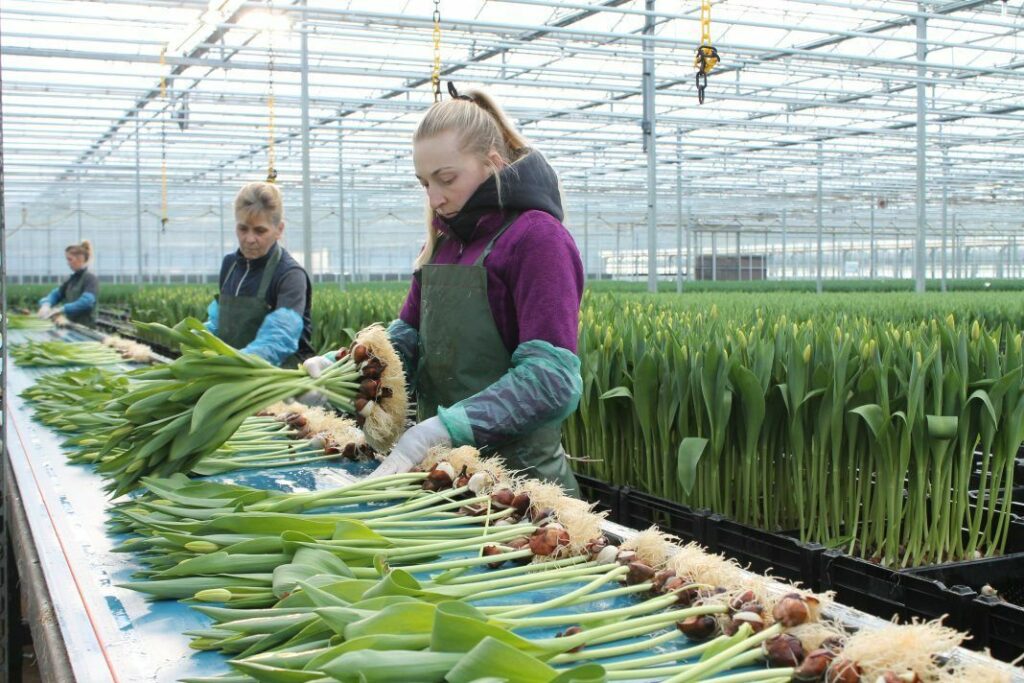 No longer in Germany

Germany is the most important sales market for tulip by far. Out of all the 3.3 billion stems, 1.5 billion are sold to this neighbouring country of the Netherlands. With a distribution of 0.5 billion stems, the United Kingdom is in second place. And tulip is popular in Italy, Sweden and Poland too. “That 1 billion sales increase won’t be realised in Germany. The opportunities need to be found in other countries”, says Lambert van Horen, Analyst Horticulture with Rabobank.

Growers will have to actively look for new distribution markets the coming years. Rabobank feels that if 1.5 billion stems can be sold among 80 million Germans, there must be potential in other countries too. “There are 40 million consumers in Poland. Even if we reach only a quarter of our sales to Germany, that would still be a lot”, illustrates Van Horen. He sees opportunities in Eastern Europe in particular. And he feels there’s potential in China and Spain as well.

The increase won’t come by itself. Rabobank thinks there are some conditions. Better quality for example, is important. According to Van Horen, the current quality isn’t consistent, especially with regards to tulips that end up in the supermarkets. “The minimum weight should be at least 24 grams. Forcers accept and use smaller sift sizes all the time, leading to lighter weight and to a vase life which is sometimes shorter than that of African roses.”

Bulb growers will also have to take their responsibility. “To put it in black-and-white terms: we shouldn’t be looking for all sorts of ways to plant as many bulbs as possible. High density and tight rotations result in a higher risk of diseases”, says Van Horen.

A growth of 1 billion stems probably requires around 1,600-1,800 additional hectares of land. Expansions in new locations in the Netherlands or abroad are often hindered by poorer soil quality, phytosanitary requirements and other regulations. Rapid expansions have been slowed down so far, because of the lack of good-quality soil.

Another conclusion in the report is that the scaling-up will continue the next couple of years. Supermarkets prefer doing business with a limited number of parties. The Netherlands counts 350 forcing companies at the moment, and Rabobank expects that that number will have gone down by 100 in five years time. It is estimated that by then, there will be around 15 companies forcing 100 million tulips, and 40 companies with a total production of around 20 million tulips. The remaining 200 companies will have a production of less than 10 million stems, and their target market will be the specialist trade.

The main growth between now and 2023 will take place in retail. Supermarkets are the main sales channel for tulip. In Europe, around 1.9 billion out of the total of 3.3 billion tulips, end up in supermarkets. A party like Lidl for example, sells more than 200 million stems during the tulip season. Tulip forcers are more and more dependent on these large parties, but that isn’t necessarily a bad thing, according to Rabobank.

Marcus: “Large parties can put great pressure on suppliers, but growers can ensure that there’s a mutual dependency. Growers should unburden retailers and ensure that they can’t do without them. But it’s also important of course, that supermarkets can make a profit with the product.”