UK nurseries and authorities are full of biosecurity and plant health, but research showed that British garden consumers know little about phytosanitary threats.

Seven UK institutes including Forest Research investigated the knowledge of 1,500 consumers in a project called Phyto-Threats. For them garden centres are the most important source of information on pests and diseases, followed by DIY-stores, supermarkets and nurseries when buying trees and plants.

Two thirds of the UK consumers have heard of Dutch elm disease that killed many elm trees in the UK in the past. But only 37% have heard of ash dieback, despite the fact that this disease is already prevalent in the UK, has been covered by national media and was the reason for the UK authorities to set up the UK Plant Health Risk Register. They are also running the campaign ’Don’t risk it!’ to warn the public for introduction of organismens like Xylella. The Royal Horticultural Society (RHS) also warns for this.

Furthermore, 20% know a little bit about oak processionary moth, Asian longhorned beetle and Phytophthora ramorum. Years ago the last one caused the so-called disease sudden oak death in Rhododendron and Viburnum planted in gardens and parks. 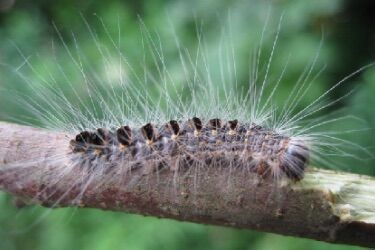 European consumption of flowers and houseplants is growing