For two days, florist Diane Abeel from Antwerp was afraid that due to the most recent Covid-19 restrictions, she’d have to close her doors again. But on Sunday 1 November, it was announced that florists were allowed to stay open after all. She was delighted.

You thought you had to close, but that didn’t turn out to be the case?

”Our government announced a new lockdown on Friday 30 October, and it sounded like garden centres were allowed to stay open, but florists would have to close their doors. We were furious. We were considering hiring a lawyer to challenge the decision. But on Sunday 1 November, it was announced that florists were allowed to stay open after all. A message that came like a gift from heaven.” 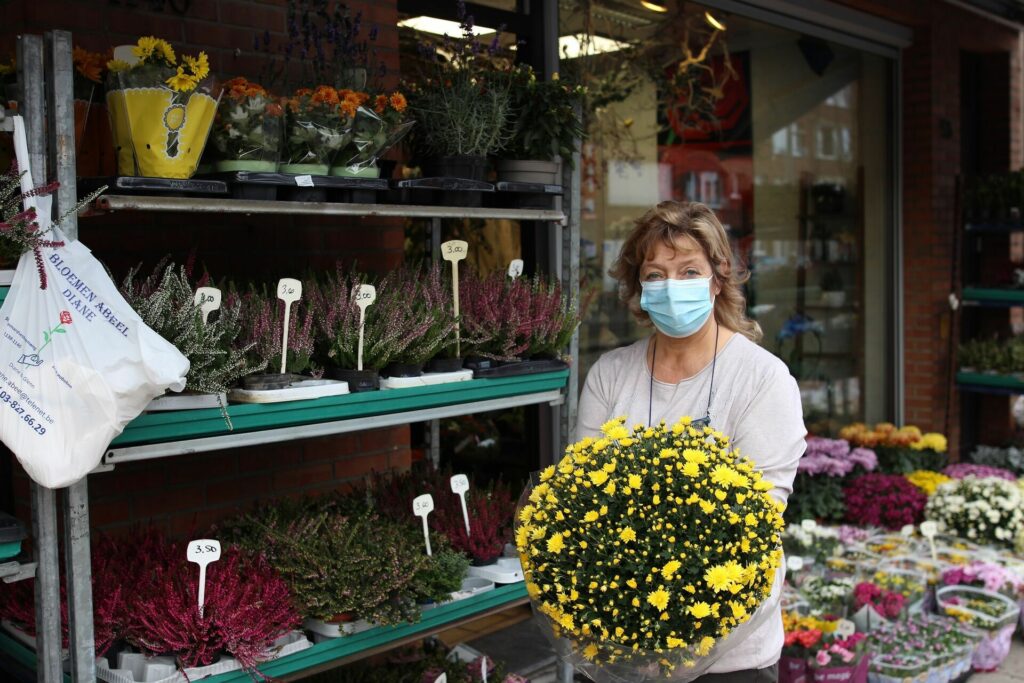 Which measures did you take?”

As a florist, there’s not much you can do apart from hoping for the best. During the previous lockdown, we had to throw away all our flowers. This time, when we were still waiting for the government’s decision, we purchased less than normal at Euroveiling. Having to close the shop for a second time would have been disastrous.” (..)

Click here for a free subscription to Floribusiness magazine

Steven van Schilfgaarde - 12 mei 2021 0
There have been more discussions about Royal FloraHolland lately, than ever before. Given our central position as a marketplace, it’s understandable that all our...