“It’s always best for a daughter company to have directors with strong roots in the parent companies.” Günther Esser and Cees Hoekstra took over the leadership of Veiling Rhein-Maas in January 2020. The shareholders of the auction in Straelen-Herongen opted for this German-Dutch combination.

“It makes sense to choose one director with roots in Landgard and one with roots in Royal FloraHolland”, said Günther Esser. The German is one of the new directors of the auction in Straelen-Herongen. Esser was previously director of Landgard Fachhandel GmbH & Co. KG and he’s taken on the role of spokesman. 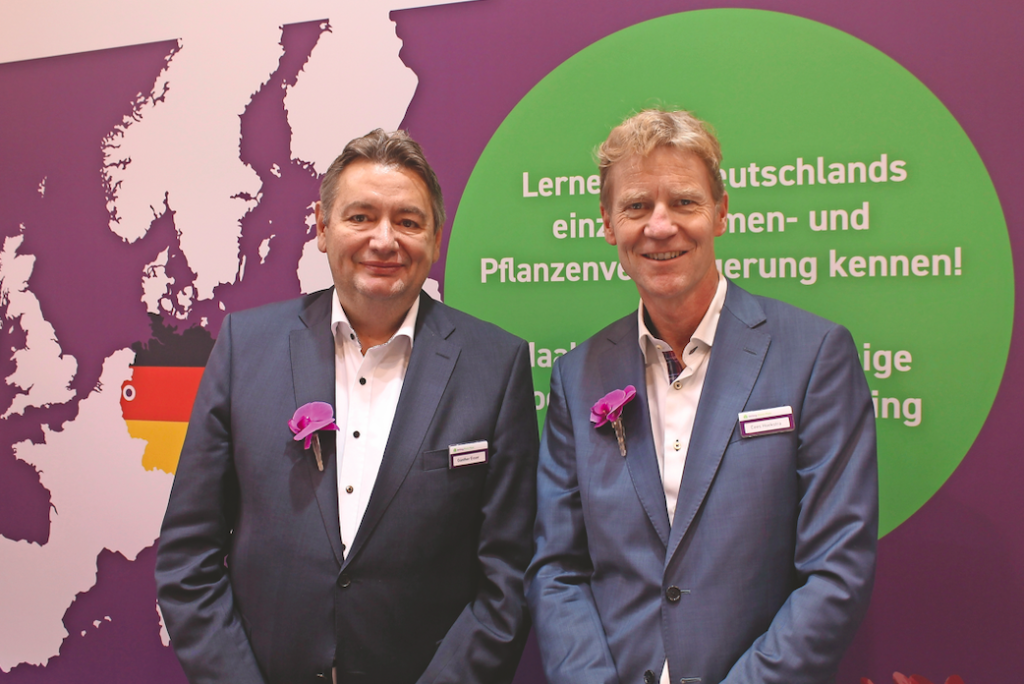 The other director is Cees Hoekstra, who’s been managing the auction the past 1.5 years as interim director together with Franz-Willi Honnen. The latter retired at the end of 2019. Hoekstra’s previous functions with Royal FloraHolland include the directorship of the auction in Eelde and later, he was responsible for the development of new auctioning systems.

Dual leadership, that’s always been the intention, assured Günther Esser at IPM in Essen. Ruud Knorr, who was in charge on his own for six years since January 2011, was an exception in that respect. Does the choice for a German-Dutch combination indicate that there are two cultures within the auction? After all, Veiling Rhein-Maas was created after the merger of FloraHolland Venlo with the German auctions in Herongen and Lüllingen. “No, it doesn’t”, insisted Esser.

Click here to read the full magazine in the digital magazine of Floribusiness.