Since this summer, the greenhouse roof of microgreens grower Koppert Cress in Monster has been looking different from most of the other greenhouse roofs in the area. Director-owner Rob Baan calls it an ‘energy roof ‘.

There aren’t any solar panels that generate electricity on the greenhouse. According to Baan, they don’t need those because they’re importing green electricity from Norway. “Considering their low prices, it doesn’t make sense for us to generate our own electricity.” 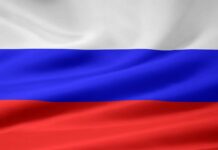 ‘More than 150 projects of greenhouse construction in Russia’