Growers all over the world will from now on be able to benefit from Esmeralda Farms’ breeding activities against payment of the relevant royalty fees. General Manager Clarisse Ullrich announced this at Proflora in Bogotá, Colombia. Furthermore, the company wants to dramatically increase its presence on the European market by expanding the sales of their own production.

“We’re no longer just breeding for Esmeralda, we’re now selling our varieties throughout the world”, said Ullrich in Colombia. This is a shift in the strategy of one of the largest flower producers in the world. Up until now, they would rarely sell their own varieties to other growers. The alstroemeria which they sold to Japanese growers was an exception. But they’ve recently also made a few varieties available to a farm in Kenya and some growers in Colombia, against the payment of royalty fees.

Other flowers that Esmeralda Farms wants to sell to growers include hypericum, limonium, statice, eryngium, sunflower and large flowered roses. In the future, they might add floribunda roses to the range as well.

An important focus point of Esmeralda’s breeding activities is durability. Breeder Ana Maria Quiñones mentioned for example a hypericum series that’s rust resistant. Clarisse Ullrich has high expectations with regards to their Playa Blanca, a large flowered rose, which was given a prominent place in their booth at Proflora. It’s characterised by a long vase life and its botrytis resistance.

Esmeralda also wants to dramatically increase its presence on the European market by expanding the sales of their own production. “The American market is saturated, but there are still plenty of growth opportunities for us, all over Europe.” Esmeralda is exploring opportunities in China and the Middle East as well.

According to Clarisse Ullrich, Esmeralda Farms is doing well. “The company managed to cut costs where necessary.” They closed their branches in Ethiopia and the Netherlands last year. The farm in Ethiopia belongs to the bank and is still for sale.

This year is a profitable one for Esmeralda, according to Ullrich. “And that isn’t easy in this industry. I’m pleased that we’re doing well.” Esmeralda was affected by the recent hurricanes, Irma and Maria, though. When Irma hit Miami, Esmeralda lost a whole week of production. The strike at Avianca had a big influence, too.

Esmeralda felt the impact of this strike mostly in Ecuador, where they’ve got most of their production. “All of a sudden, there was less cargo space available. Arrangements were made for alternative aircrafts, but they arrived empty all the way from Miami. We had to pay for that stretch of the journey too. It all adds to the costs”, explained Ullrich.

In Colombia, Esmeralda doesn’t experience too many problems with transport. And the favourable exchange rate of the peso against the dollar means that this country offers some additional benefits compared to Ecuador (dollar economy). However, Esmeralda has no intention to move the focus of their activities from Ecuador to any other country. “Moving activities to Colombia for example, wouldn’t make any sense. Laying off employees is very expensive in Ecuador. And starting up new farms is very expensive, too. Our farms in Ecuador are fully established.”

Clarisse Ullrich took over the management of Esmeralda Farms a year ago, when her husband and founder of Esmeralda Farms, Peter Ullrich, passed away at the end of June. She used to work in the field of graphic design and marketing and had no background in the floricultural industry. But she’s settled in well, she says. “Peter could simply look at a new flower and he would know whether it was going to be successful or not. He had such strong instincts. I tend to rely more on market research. We wouldn’t start a breeding process without conducting some thorough research beforehand.” 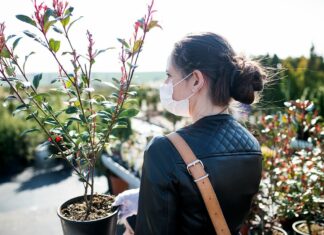