I picked up my work permit today, a permanent one. I’d almost forgotten about it, because I’d applied for it four years ago. It is no secret that I’m in love with Kenya in every way. It’s been my second home for almost 50 years now. The summer house we recently bought on the Kenyan coast feels like an acknowledgement of this feeling. 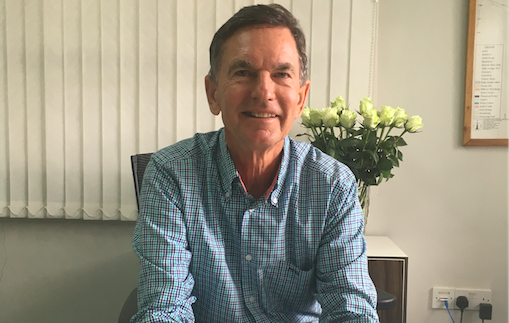 All these things are happening in the run-up to Valentine’s Day. Normally, the warm weather in January would have us all worried about the extra production by now. But just like in some other places, everything is different in Kenya this year. It’s been raining continuously for nearly 8 months. I’ve never seen this before and it’s great for the country. Most flower growers earn more in times of scarcity than in times of abundance, like last year.

No two years are the same. Perhaps we’re even at the beginning of an era during which the average Kenyan grower stops complaining. We’ve been amazed to see so many improvements over the years. We just really had to tighten our belts for a while, so it’s great to know there’s a bit more leeway again. It does immediately get us talking about what and where we’ll build next. One swallow doesn’t make a summer though, so we won’t be building this year.

I’m writing this with the TV on in the background. It’s set to an English channel. The UK is leaving the European Union tonight at 11 p.m. Nobody understands who will benefit from this. I’m strongly against, because I still believe in joined forces. Some people say the British were too honest for Europe. They’ve always complied with all the rules, while many other European countries sometimes didn’t take it all that seriously. In that respect, I hope things will work out for them. It’s just like with Valentine’s Day – time will tell.

Oh yes, before I forget: global warming. In the Netherlands, they call it nitrogen emissions. What a soap opera! Striving to be the best boy in the class, while the big countries cause more emissions in a day than the Netherlands does in a year. Anyway, even if it’s a little late, I’d still like to wish everyone all the best for 2020. I’m ending with a Kenyan slogan this time: don’t worry be happy! 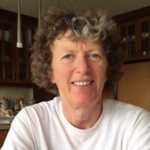