Opportunities for large-scale cut-flower cultivation have been abundant in Mexico for many years. So far, it hasn’t been getting off the ground though. Large-scale vegetable greenhouses of growers exporting to North America on the other hand, are plentiful.

Jungle Talks, Holland Horti International and the Dutch bank Rabobank recently organised a meeting in the Dutch town of De Lier. The topic was ‘opportunities for horticultural entrepreneurs in Mexico and Guatemala’.

Rabobank had been involved in a similar event a while ago. They hosted a seminar about Ethiopia in 2017. The objective of that event was to get an impression of the interest in a new, modern and sustainable horticultural area near Hawassa, in Ethiopia.

Rabobank has noticed that more and more of their food and agricultural clients are active abroad. Central America is an excellent region for growing high-quality products, explained Ruurd Filius, Account Manager Corporate Market to the attendees.

“We’ve observed that a large amount of Dutch vegetable and fruits is exported abroad at the moment. The question is whether this is a good model for the future.” 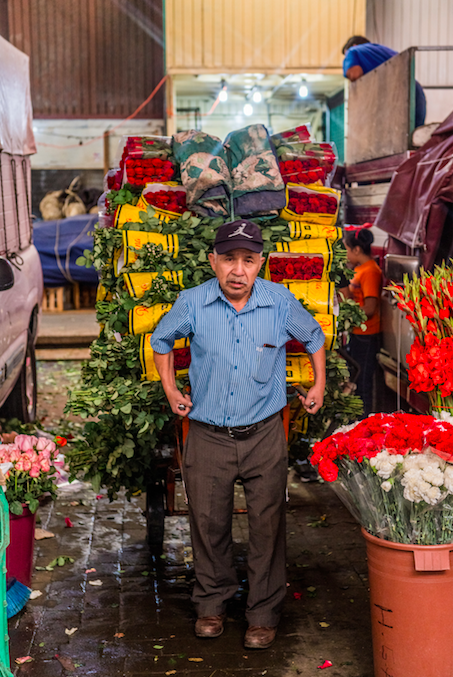 The coming decades, the demand for food products will continue to grow and the biggest increase in demand will be outside Europe. Filius explains that Rabobank sees an important role for Dutch skills and knowledge there.

The bank’s attitude is partially led by their strong focus on sustainability. Growing vegetables and flowers for the North American market in Central America might be more sustainable than flying those products across the Atlantic Ocean. Filius: “Rabobank wants to be one of the most sustainable banks in the horticultural sector.”

Filius also pointed out that the bank has an 80% share in the Dutch food and agricultural sector.

Foreign investors in Mexico are currently mostly active in vegetable cultivation. One of their projects is the Agro Park in Queretaro, which is situated a 2-hour drive north of Mexico City. The Agro Park has a total size of 160 ha, and it was initially intended for the cultivation of flowers. So far however, not a single flower has been grown there.

Robert van der Geest of United Farms is developing and managing 55 ha of vegetable production in the park. Mostly tomatoes and some cucumber. Vegetable exporter Lehvarht has been growing peppers on 7.5 ha for 10 years. They’re now expanding with another 2.5 ha.

Lehvarht is producing in Mexico, because they want to supply the American market all year round, explained Managing Director Roland Gels. Mexico has a total of 1,200 to 1,400 ha of protected agriculture.

Mexico is doing well when it comes to the production and export of vegetables. In North America, the production of cannabis has had a big impact on the horticultural sector. And it’s difficult for the Americans to find staff. Labour is also more expensive there, compared to Central America.

Mexico produces a lot of flowers. The country has a real flower culture; people have always bought flowers. Growing conditions are great. The work ethic is good; Mexicans are hard workers. “The entire North-American agricultural and horticulture sector is kept going by Central Americans”, according to Van der Geest.

The climate in Mexico is very suitable for horticulture. Water is scarce, though. Van der Geest says this is one of the main challenges. Training was mentioned, too. People haven’t been taught about working in high-tech greenhouses. Permits and land on the other hand, aren’t a problem.

Van der Geest can understand that outsiders might have concerns with regards to safety. The central, coastal and border regions are less safe than the rest of the country, admitted Van der Geest. “But personally, I’d be more worried about going to Kenya than to Mexico. Safety isn’t an issue for me here.”

The potential for Mexico to become a cut-flower exporter is there, says Van der Geest. He feels it’s still a sleeping giant.

The fact that the Mexicans have a huge domestic market, means there’s no real need to export to the American market. What also plays a role for foreign investors in the floricultural sector, is the strong competition from South-American countries on the North-American market.

Air cargo from Colombia and Ecuador to Miami is well organised. The South Americans are dominating the chain when it comes to flowers, but not really for vegetables. They do produce vegetables in South America, but you can’t combine vegetables and flowers on the plane.

A potential advantage of flower exports from Mexico is that you could deliver in a completely controlled way (by lorry) to the USA and Canada. You’d need large-scale cultivation to fill lorries, though. Most Mexican flower nurseries are small family businesses. 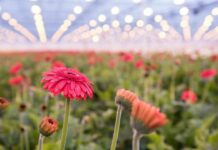 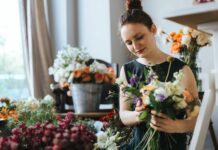 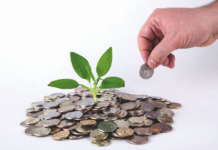 How do South-American growers ensure the bills are paid?