With the arrival of a new prime minister last March, it seemed like calm had been restored in Ethiopia. However, the resistance against foreign investors is still there. There were new incidents at nurseries in the East-African country two weeks ago. The production at rose farms in Ziway came to a total halt for a few days. The events might cast a shadow on a new project near Bahir Dar.

Growers in Ziway couldn’t harvest for three days, because their employees were on strike. The first employees went back to work on Tuesday last week. During the course of that week, all work was resumed. But to think that peace was completely restored in the country, would be wrong. The message that the embassy sent to all Dutch people in Ethiopia last Friday confirmed this. This time, the unrest was taking place in Sodo, between Hawassa and Arba Minch.

The events in Ziway, which has around 600 ha of flower cultivation, caused damage in the form of loss of earnings for the growers and a reduced rose supply to Royal FloraHolland for a number of days.

In Ziway, the driving force behind the strike didn’t come from the employees. Instead, the strikes at the nurseries were caused by militant young people, who were threatening and intimidating the employees and obstructing their access to the farms, according to Miral Scheffers, spokeswoman of the Dutch Ministry of Foreign Affairs. A company outside Ziway however, seemed to be dealing with an internal conflict.

The militant young people were stopping employees in Ziway from going to work, because they’re unhappy about the presence of foreign companies in the region of Ziway. Growers in Ziway said that strikes weren’t only happening at nurseries, but also at companies in other sectors, and not just at foreign companies either. They referred to it as a general strike.

An interesting detail is that these militant young people were the ones who, with their demonstrations, caused the resignation of the previous prime minister Hailemariam Desalegn in February 2017. The militant youngsters always viewed foreign investments as an extension of his much-hated government.

With the arrival of Oromo Abiy Ahmed, it seemed like calm had been restored to the country. He’s introducing reforms and trying to spread power and money more evenly between the various population groups. Most of the power and the money had been in the hands of one of the smaller groups, the Tigray, for many years. The bigger population groups, the Oromo and Amhara, were ignored until now.

However, the country was facing some new incidents two weeks ago. Only one week after the State of emergency, which was introduced after the unrest of February, had been withdrawn.

According to Scheffers, the federal and regional authorities see the value of  foreign investments, even under the new prime minister, Abiy Ahmed. But that view isn’t shared by everyone at a local level. This means that the breeding ground for militant young people still exists. One of the growers in Ziway pointed out that the previous prime minister used to respond to any unrest, but the current one doesn’t.

It could be that people are unhappy about the redistribution of the old rulers’ money and power. It is explanation suggested by Cor-Jan Zee. He works as a consultant in the Ethiopian horticultural industry, among other things. “The old rulers knew there would be change. But perhaps they hadn’t expected it to happen so quickly. They don’t want to give in. Perhaps they’re stirring things up a bit. I’d say the changes will have a positive effect in the long run, though”, says Zee.

Another important factor according to Zee, is that there aren’t enough jobs in Ethiopia. He reckons that 70% of the population is under 30 years old. Many young people can’t find a job when they leave school. It could be that they’re taking out their frustration on foreign companies. It’s contradictory though, because foreign investments can create new jobs. Furthermore, those investments ensure that much-needed foreign currency flows into the country.

A new project driven by foreign investments in Ethiopia, regards the development of a horticultural area near Bahir Dar. This 500-ha area currently has space for 455 hectares of horticulture. The area is being developed by the Ethiopian government, in collaboration with the Netherlands Enterprise Agency (RVO).

Stefan Verbunt is involved in the project, as a Senior Adviser with RVO. He indicates that the project is going smoothly. The collaboration with local governments is good and the project is already fully booked by both growers who already have a farm in Ziway, and Dutch growers who aren’t based in Ethiopia yet. These growers and the Ethiopian government might be signing the lease agreements for the land soon.

According to Verbunt, the events in Ziway are casting their shadow on Bahir Dar. It could withhold the growers in Ziway from big, new investments near Bahir Dar. On the other hand, Verbunt points out that there are some differences between this new project and some other horticultural areas in Ethiopia. “Some horticultural areas were literally just plonked down. We’re trying to manage the project near Bahir Dar in consultation with the local population. We want to be careful and keep tensions to a minimum.”

A noteworthy detail is that there were troubles in the region of Bahir Dar in the autumn of 2016. There was unrest and some of the flower nurseries of Esmeralda Farms were set on fire. These events, plus the knowledge that in a distant past, the communist government of Ethiopia had unlawfully taken ownership of the land where Esmeralda was based, led to the company’s departure from Ethiopia. The farm is still abandoned and looking forlorn.

Verbunt told the Ethiopian government last week that they should improve their communication with the local population regarding the Ethiopian horticultural activities.

“We’ve noticed that the reputation of the flower production sector in Ethiopia has been getting less and less positive among the locals. The population has the idea that they aren’t benefiting from the horticultural industry and that everything that’s produced is shipped abroad. The local horticulture is mainly associated with foreign countries, but it does create jobs and provides food and education. The government should think very carefully about the message they want to send to the people.”

The Dutch embassy in Ethiopia does everything they can to assist the Dutch people in Ethiopia. On the Friday when the unrest started, they immediately travelled to Ziway to get an idea of how severe the situation was. The embassy listened to all the parties involved and called for public order to be maintained by the authorities in Ziway and the federal and regional authorities in the Ethiopian capital city of Addis Abeba.

“The embassy will continue to monitor the situation and stay in touch with Dutch entrepreneurs. In addition, they will continue to remind the authorities (both at a local and a regional level) of their responsibility to maintain public order”, said Scheffers. 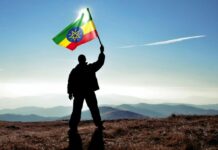 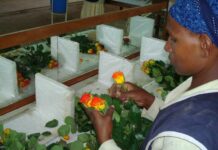 Brazilian nurseries are opening their doors to the public

PLUS: Focus on retail works perfectly for us