FloraHolland has initiated the redundancy procedures for about one hundred of its employees. The reorganisation is planned to take place in the summer. The CNV union suspects that this won’t be the last round of redundancies.

The redundancy of around 100 employees was announced last October. The relevant procedures have now been started. The auction stated that, in the context of FloraHolland 2020, they need to increase their efficiency and outsource various business activities.

FloraHolland informed its employees last Thursday (18th of February) with further details regarding the organisational changes. FloraHolland’s Works Council and the unions have received the request for advice.

Which employees exactly will lose their jobs hasn’t been announced yet. But it’s now clear which departments will be affected. It concerns the staff departments of ICT, communications, commerce and human resources.

It is expected that the plans will be implemented by the summer, after consultation with the Works Council and the unions. At that time, employees will also find out who exactly will be made redundant, says spokesperson Elizabeth Palandeng.

Kitty Huntjens of the CNV union says: “It’s always awful for everyone involved. The only positive thing I can say about it, is that there’s a good social plan. But even if compensation is in place, it’s still awful when you realise that people will be unemployed soon.”

Huntjens adds that the unions can’t do anything to stop the developments. “I do wonder whether some of FloraHolland’s ideas aren’t too abstract and whether they’re getting out of touch with their employees. But I can’t influence this in any way.”

The last time FloraHolland announced a large reorganisation, it led to a strike. The auction and the unions were still negotiating a social plan and a new collective labour agreement at the time.

“But this time, there’s a good social plan in place. And although it’ll be tough, it might be good to know that the employment market is slowly recovering”, says Huntjens. “People might be able to find a job again quite soon.”

Huntjens is a little worried about what’s next, though. “This reorganisation is what’s planned for this year. But I don’t know how it’s all going to develop. These actions aren’t sufficient if FloraHolland wants to fulfil all the requirements as set out in their 2020 strategy.”

According to the union leader, last October the auction was talking about potential changes to their logistics, which they were planning for 2018. “That’s still far away. But it’s clear that further changes will take place.”

FloraHolland’s CEO Lucas Vos said in an interview with this trade journal at the end of last year that the auction didn’t know yet whether there would be more redundancies in 2018 and 2019. He did say that FloraHolland is trying to reduce its costs by €100 million. “I know that there will be fewer jobs. But we’re taking things one year at the time now.” 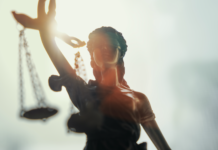 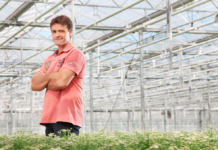 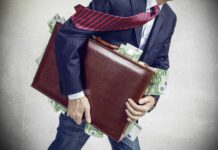