Last year, on my 67th birthday, I said I was going to retire at the end of that year. It was about time – all my friends and acquaintances have been enjoying their state pensions for years now. So this was my plan. Until the 26th of November. At a party, celebrating our 10th anniversary, surrounded by all those people and overwhelmed by all the emotions, I wasn’t so sure anymore. So I decided to take a gap year. Time to give the next generation a chance.

I have two 35-year-old successors lined up, one at Lolomarik and one at Timaflor. Both are keen to take their nursery to a higher level.

The great thing about a sabbatical is that the lads know I’ll be back, if they mess things up. I hope that that won’t be necessary though, because I’m secretly already looking for a nice spot to start my next project.

It will have to be something that suits my old age. Nothing too complicated, I might grow just one variety. But first, I need to get through 2017 and do all those things I never had time for.

I’ve already made a start with one of those: cycling to work. Cycling is my only hobby and I haven’t done enough of it. The main growing season in Kenya is in winter, so I’ve never had the opportunity to go skiing either. I was afraid that I might enjoy it too much and that it would go at the expense of the business results.

And there are more things like that on my bucket list. Countries I’ve never been to. And countries I’ve often been to, but only to visit nurseries…

The nice thing about taking it a bit easier is that you get time to think about things from the past. And when I take a closer look at Kenya’s floriculture over the past 43 years, there have been many changes.

It all started with a Danish man, Jan Bonde Nielsen – he was way ahead of his time. He had already started growing chrysanthemum cuttings and asparagus plumosus in Kenya in 1969. In 1974, he expanded with a 40-ha carnation nursery in Naivasha. Until 1984, nothing much happened, but the carnation nursery expanded to 200 hectares. Not a single stem went to the auction.

We started growing and auctioning summer flowers with East African Flowers in 1984. Many new growers took the opportunity and Kenya was put on the map. But the real breakthrough didn’t come until the beginning of the nineties, when rose cultivation really took off. Kenya is a truly great country, especially for floriculture.

But now it’s time to get on the bike. 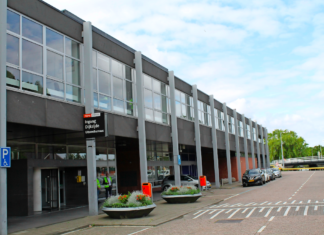 At last: we will get our own auction clock!