The Dutch Federation of Agriculture and Horticulture, LTO Nederland, is trying to set up a small emergency fund for xylella fastidiosa.

Xylella fastidiosa has been detected in several places in the EU. The risk that this quarantine bacterium will reach the Netherlands, is realistic. If there is going to be an outbreak in a cultivation area, the consequences will be disastrous.

Xylella fastidiosa has become more and more widespread in Europe. The bacterium was first detected in southern Italy, but is now also found in southern France, Mallorca, Ibiza and even in Germany. According to the Netherlands Food and Consumer Product Safety Authority (NVWA), chances are high that xylella fastidiosa will reach the Netherlands too, via the import of infected plant material.

If there is an outbreak in an area with a high number of companies, the consequences will be huge. In that case, the EU will tell the Netherlands to mark out a 10-km zone and to stop all trading activities involving any host plants, for a period of at least 5 years. All to ensure that xylella fastidiosa will be eradicated in that zone.

The Dutch government doesn’t offer any financial assistance for potential damage. It isn’t possible to take out insurance for damage caused by xylella fastidiosa either. The Dutch Federation of Agriculture and Horticulture, LTO Nederland, is trying to set up a small emergency fund to provide partial compensation when a company detects the bacterium.

Brussels might be able to assist in the future, but companies will have to start making their own deposits as well.

Xylella fastidiosa is a sector related risk. “If your own company focuses solely on production, but there’s a company a few kilometres down the road that does import plant materials and they happen to purchase trees or tropical pot plants that are infected with xylella fastidiosa, you’ll still be affected by the EU measures that are enforced in the event of an outbreak. Because your company is situated within the buffer zone”, explains Karin Visser, senior inspector with NVWA.

“There are general procedures in place for an outbreak of any quarantine organism. We’re still working on a more specific procedure for xylella fastidiosa and expect it will be finished later this year”, says Karin Visser.

The EU organisations of farmers and their cooperatives, Copa and Cogeca, as well as the European Nurserystock Association (ENA), are lobbying for a relaxation of the rules with regards to xylella fastidiosa. Entrepreneurs feel that the current regulations are ridiculous. If they had their way, the regulations would be abolished altogether, because they are fearing for their businesses.

But for now, the EU regulations are in place and all that member states and companies can do, is adhere to them. NVWA has started extra checks for xylella fastidiosa and encourages companies to take preventive measures. Make sure you know exactly what you’re importing and where it’s from: those are the first requirements for keeping xylella fastidiosa outside your company, region and sector. 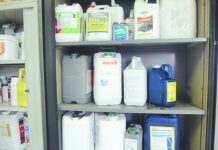 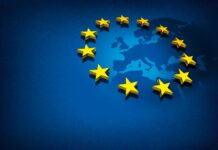