A frequently asked question in everyday life, is why someone does or says something the way he or she does. People’s behaviour and ideas have been a source of research for behavioural scientists, sociologists and philosophers for centuries.

In more recent years, neurologists joined the club. Thanks to MRI-scanners, they can see which areas in the brain are activated by external stimuli and more and more is known about the biochemical processes that take place in the brain and how this is expressed in our behaviour. 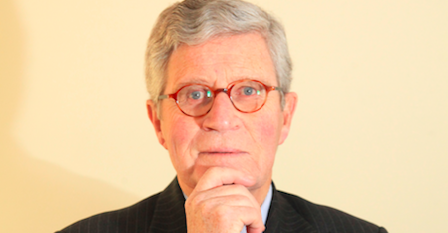 The brain is an extremely complex system of hundreds of billions of neurons, which are all connected via a 100,000-kilometer nervous system. People take in their surroundings consciously and unconsciously, they give meaning to their experience, form an opinion, make decisions and act upon them.

Two systems play a role in all this. The first system is the fast, intuitive system. Stimuli are responded to within a split second. The second system is slower, because conscious thinking is added to the process. The Erasmus University recently developed a course: ‘The brain in the boardroom’.

What’s expected in the boardroom of a company, is leadership. Why are or aren’t leaders successful? Much has been published about this. Leaders are expected to have visions and dreams, set points at the horizon and challenging goals, they’re expected to develop strategies, gain support, provide the means and motivate their human capital.

There are two very important areas in the human brain: the nucleus accumbens and the amygdala. The first is our reward centre, which generates positive feelings. The second is our fear and aggression centre, which generates negative feelings and resistance. Successful leaders know how to stimulate the nucleus accumbens and how to supress the reaction of the amygdala.

And this brings me to something that’s crucial for globalisation, international trade and the free movement of goods, services, capital and people. What’s going on in the brain of Donald Trump, master tweeter and leader of the most powerful country in the world?

If his vision as a deal maker is, that a correction must be made with regards to the many trade agreements that were made in the context of an ever-increasing globalisation, where the USA missed out too much in his opinion, then perhaps that could be justifiable. After all, losing something hurts twice as much as gaining something. And this definitely applies to the brain in the Oval Office, the experienced deal maker.

However, if this is the beginning of a worldwide de-globalisation, a regionalisation, or worse, nationalisation, out of fear for a shift in the power of the world order as a result of upcoming, new power blocs, we, as an important trading nation, should get seriously concerned.

So the question is: what’s going on in the brains in the Oval Office? If only we knew!!

Director and Commissioner in horticulture

‘Royal FloraHolland doesn’t look too different from a communist state’

‘It’s been a year of learning and reinventing’