The aviation tax that the Dutch cabinet is planning to introduce by 2021 will also apply to outbound airfreight. Aircrafts transporting import flowers to Schiphol on the other hand, won’t be subject to the new tax. The consequences for the Dutch flower export sector don’t seem too bad. But appearances can be deceiving, warns Royal FloraHolland. “This creates a negative atmosphere.”

The Dutch government is planning to introduce an aviation tax for passenger flights as well as cargo flights from 1 January 2021. Departing cargo planes producing relatively little noise, will be paying €1.925 per ton of maximum takeoff weight. The rate for the noisiest aircrafts will be €3.85 per ton. That’s what Menno Snel, State Secretary for Finance, wrote in a letter to the House of Representatives.

Previous proposals for aviation tax stated rates for cargo planes that were twice as high. The minister decided to halve the proposed rates in response to the outcome of an additional study into the potential consequences of the aviation tax for Schiphol’s competitive position.

No tax for import flowers

Cargo planes flying import flowers into Schiphol won’t be subject to the aviation tax, because it will only apply to departing aircrafts. So-called ‘belly freight’, cargo transported in the belly of a passenger plane, will also be exempt. According to Snel, it would be too complicated to include belly freight.

The new tax will apply to export flowers leaving the Netherlands in full freighters, though. But the rates aren’t alarmingly high, feels Coen Meijeraan, Manager Public Affairs with Royal FloraHolland. “Calculated per stem, they are close to zero. It’ll be around 0.01 cent per stem.”

All in all, it seems like the national aviation tax won’t have too big of an impact on the international floriculture sector. But appearances can be deceiving, says Meijeraan. What worries him most, isn’t the actual aviation tax itself, but the fact that the cabinet seems to be sending a negative message to the air cargo world, including full freighters flying import flowers to Schiphol. “The government is basically saying: ‘Full freighters, we don’t want you here’.” Not the right message, he feels.

Schiphol had already been struggling with a shortage of slots (landing and take-off times) for a while. “Some airlines had to opt for alternative airports outside the Netherlands, such as Liège, Brussels, Luxembourg and Frankfurt. Approximately 60% of all flower flights still landed at Schiphol in 2018. But Emirates SkyCargo for example, switched to Maastricht Aachen Airport last year. Since April 2019, that airport is no longer allowed to use its extended runway, making Maastricht less attractive for flower flights.”

Meijeraan points out that the carriers that landed at other airports than Schiphol last year had to forward their flowers to Aalsmeer by lorry. “That takes time and shortens the shelf life.”

With the recent approval of Schiphol Local Rule 2 – the new distribution of slots for the coming winter season – responsible minister Cora van Nieuwenhuizen (Infrastructure and Water Management) sent a more positive message, according to Royal FloraHolland. The rule regards the previous season’s unused slots. For a variety of reasons, 1% of the maximum of 500,000 flights that can take off and land at Schiphol each year never take place. Under this Local Rule, 25% of those slots will be reassigned to cargo airlines.

“Flower imports account for about 20% of all cargo shipped by full freighters, so those extra flights might come in handy for Valentine’s Day, for example. So, why does the cabinet first send the positive message of Local Rule 2, and then a negative message with the aviation tax?”

Meijeraan doubts the effectiveness of the proposed aviation tax. The cabinet says it’s an environmental measure focused on the reduction of carbon dioxide emissions. “But it looks more like a measure to benefit the state’s finances. The money that’s collected won’t be used to fund sustainable alternatives. It is said that taxes are needed to make air transport more sustainable. But the government doesn’t stimulate any sustainable alternatives. Most African flowers are currently flown to Schiphol, for example. Ocean freight would be an alternative. However, the government isn’t providing any extra funding to develop that option.”

State Secretary Snel’s argument that more and more passenger planes are transporting belly freight (which is exempt from aviation tax), didn’t cut any ice with the floriculture sector either. “There are many trade lanes with an imbalance between the number of passengers on the outbound and return flights. From Kenya to Amsterdam for example, the number of passengers isn’t high enough. In that case, the idea of more belly freight simply doesn’t work.”

According to Meijeraan, all of this leads to a general bad feeling. “I’ve already heard rose growers in Africa question whether the Dutch government still welcomes their products. I don’t think it’s all that bad, but this is the image that’s created.”

That’s why Royal FloraHolland feels the cabinet should show its commitment to the airfreight sector in the Aviation Policy Memorandum 2020-2025. “In our opinion, it should state that 4% of all of Schiphol’s capacity must be assigned to cargo transport. The current policy document doesn’t mention cargo transport at all. We feel that the government should do more to protect the full freighters.”

The auction isn’t alone in this. Air Cargo Netherlands (ACN), the industry association for the air cargo sector in the Netherlands, fears that the Dutch aviation tax will lead to an uneven playing field within Europe. Other EU countries have no aviation tax for cargo planes. As a result, ACN thinks that the Netherlands will lose cargo flights and thus, employment, to other countries. It’s a further threat to the competitive position of full-freight air cargo in the Netherlands, which was already under pressure due to the shortage of slots at Schiphol.”

Cem Laçin, member of the House of Representatives for the Dutch Socialist Party (SP), recently asked the cabinet via a motion to support the position of cargo airlines at Schiphol. The party underlined that air cargo accounts for 20% of the employment at Schiphol.

Coen Meijeraan, Manager Public Affairs with Royal FloraHolland, feels supported by the motion. “It highlights the added value and the employment offered by full freighters. The People’s Party for Freedom and Democracy (VVD) recently pointed out the same. Both the responsible ministry, and politicians in general, seem to be more aware of the importance of full freighters these days.”

Laçin’s motion was retained by the House of Representatives last week. Minister Cora van Nieuwenhuizen of Infrastructure and Water Management had requested this, because of the currently ongoing investigation into the economic aspects of air cargo. “The outcomes of this investigation will be included in the Aviation Policy Memorandum”, explained the minister.

Laçin believes that Van Nieuwenhuizen should come up with structural solutions instead of an annual distribution of flights. He’s referring to the Schiphol Local Rule 2, the new distribution of slots for the coming winter season, as recently approved by the minister. Royal FloraHolland is pleased with the new rule, but the SP feels that the solution is not a structural one.

Last month, Royal FloraHolland and other parties involved in the air cargo sector had a meeting with the Ministry of Infrastructure and Water Management about the position of the sector. According to Meijeraan, this resulted in a broad support. “All attendees asked the ministry to strengthen the position of full freighters.” 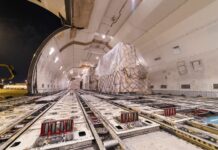 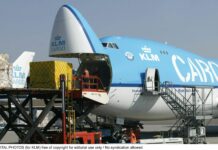