I’m afraid there isn’t much happening over here. Quito has been in complete lockdown for two months now and there’s hardly any light at the end of the tunnel. Unreliable information, persistent fear and political indecisiveness. That’s the current situation described in a few words. Schools will remain closed until at least 1 September, there’s no clarity on easing of restrictions, and the country is lacking leadership.

A few weeks ago, the central government put the responsibility of phasing out the lockdown on the city councils. Each town can now switch a symbolic traffic light from red to orange or green and scale down the restrictions. But for now, 95% of the country continues to be on red.

Meanwhile, the population is fed up with staying at home. We should really be getting back to work to prevent the country from falling into a coma. Officially, we’re still only allowed to leave the house once a week to get groceries, but many people stopped adhering to that a long time ago. 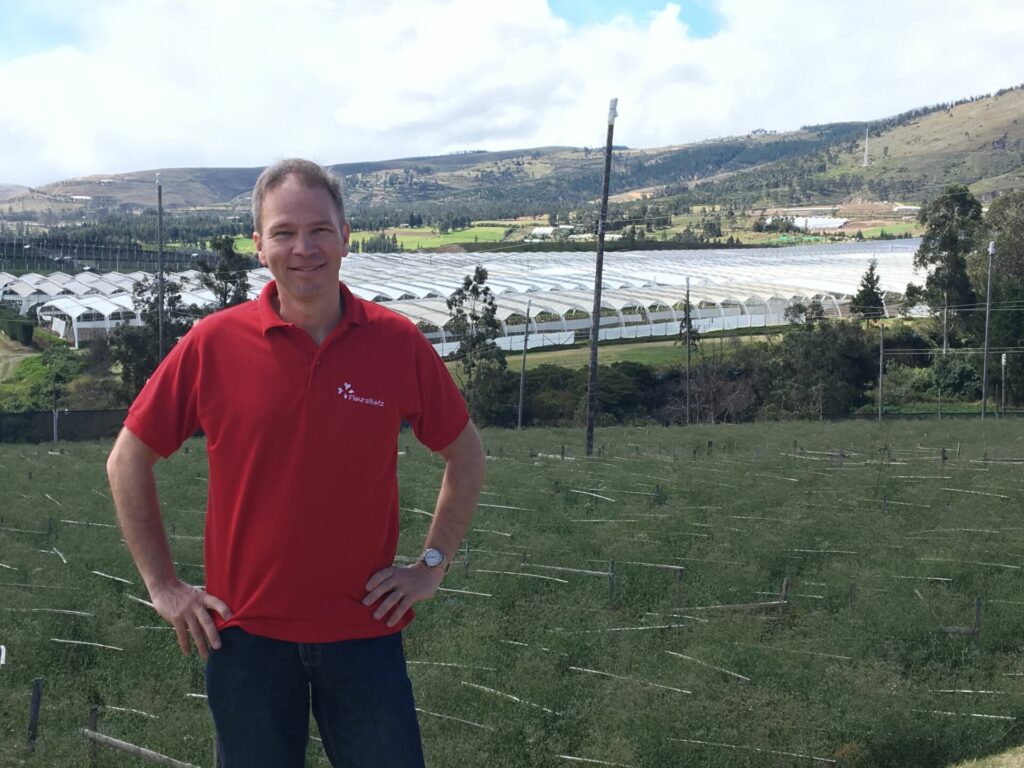 Food, healthcare and export companies (like our flower sector) were the only ones that could get an exemption so far. I’ve been going to the office twice a week, and I’ve seen for myself how the city has been getting busier over time. Even the windscreen cleaners and jugglers were back at the crossroads again this week.

The fact that poverty has gone up was confirmed by a recent police report, which stated that no less than 211 school buildings across the country had been broken into and robbed. After all, there’s no one there… Some schools were completely emptied, from desks to toilet bowls!

As for the flower export sector, things aren’t too bad. At the end of March, we didn’t think we’d already be back at 50% of our old volume by now. However, if there’d been enough airfreight capacity, it could have been even more. The same old story. Luckily, there’ll be some extra space for Mother’s Day in France. But after that, we’ll be heading towards the quiet summer season and that might become a tough time.

Although, politicians are currently deciding on a legislative proposal which would allow employers to renegotiate contracts with employees and/or reduce them from 40 to 20 hours per week. As long as the jobs are maintained, says the government.

A measure that would certainly be welcomed by the flower sector!

Ron Barendse - 13 oktober 2021 0
The northern German Ammerland region has always had a stable rhododendron production. Some nurseries, mostly smaller and the odd larger, are closing. However, at...