The Hortiflora Expo, which HPP Exhibitions was going to organise in March, has been postponed until 2018. Organiser Dick van Raamsdonk said that there wasn’t enough interest to participate across the board.

Van Raamsdonk made the decision to postpone the trade fair, which was to take place on the 7th, 8th and 9th of March in Addis Abeba, in close consultation with the EHPEA, the Ethiopian organisation for exporting horticultural companies in Ethiopia.

All in all, there simply wasn’t enough interest. Not from growers, nor from suppliers, both within Ethiopia and from other countries. Van Raamsdonk doesn’t want to go into detail with regards to the reasons behind this lack of interest. “I think that most people know what those reasons are. That’s pretty simple. But I don’t want to discuss it.”

Last year, various horticultural companies were attacked by rebels. This had to do with tribal fights and suspected land-grab. There’s still a state of emergency in place in Ethiopia, leading to a curfew and a large number of soldiers out on the streets.

The Hortiflora Expo, which normally takes place every two years, is now planned for the 7th, 8th and 9th of March 2018.

HPP’s next trade fair will take place in Guangzhou, from the 13th until the 15th of March. Van Raamsdonk will be responsible for the flower segment of this existing fair. The following fairs that he will organise are the World Floral Expo in Las Vegas (22nd until 24th of March), Iran Green Trade Fair (21st until 23rd of April) and IFTEX in Nairobi (7th until 9th of June). IFTF in Vijfhuizen will take place the second week of November this year (8th until 10th of November). 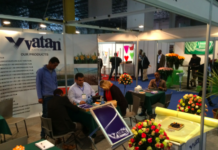 HortiFlora Expo, Ethiopia is coming up 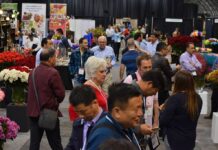 World Floral Expo 2019 to be held in Dallas 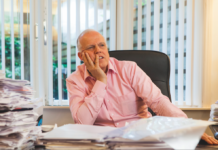 Dick van Raamsdonk: ‘Zimbabwe is going to be an important export country again’

Dick van Raamsdonk: ‘Zimbabwe is going to be an important export...