Members of AIPH heard about major national initiatives on city greening from around the world as members shared their key projects and experiences during their meeting on 23 January near Dusseldorf in Germany.

Ms. Irene Rompa from The Netherlands presented the ‘Let it Grow’ project supported by Royal FloraHolland. Let it Grow provides a way for entrepreneurial business ideas to be developed into start-up companies that should inspire new interest in plants, driving sales and city sustainability.

Regional representatives from Asia, South America, North America and Europe also presented their perspectives on the plant health and phytosanitary challenges they face and what they are doing to tackle these. Mr. Martin Ward, Director General of the European and Mediterranean Plant Protection Organisation (EPPO), informed members about the work of EPPO in identify plant health threats and developing standards. AIPH will now further investigate this area to assess the role that the global industry can play in tackling these challenges that can stifle the trade.

AIPH President, Mr. Bernard Oosterom, commented on the meeting saying: “It has been my privilege to have been present to hear so much fascinating information about the activities underway in different countries to promote city greening and to improve plant health. AIPH provides a unique forum for such discussion and I look forward to working with our members around the world as together we push forward these initiatives.”

During the meeting AIPH also ratified a new Strategic Plan and approved new International Horticultural Exhibitions. Members all attended the IPM Essen trade fair and attended the AIPH International Grower of the Year Awards on 24 January. 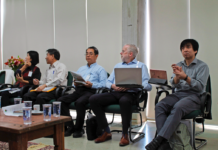 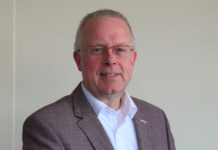 ‘A resilient industry creating a new path for the future’ 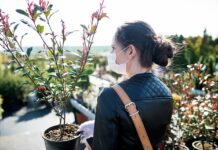