It is a question that few people have asked; however, it is one worth considering. What if we reached the height of demand for roses? This question has many implications that will affect the economy of many developing countries that went rose-crazy in the last few decades. Is this Tulip Mania 2.0 or simple overproduction?

For argument’s sake, only independent producers, those not associated with giant corporations, will be considered in this article. Those that are part of giant corporations fight amongst themselves for supermarket shelf-space and do not compete with the average grower. This article refers solely to micro, small, medium and large rose growers in the southern hemisphere. Which, ultimately, includes more farmers overall. For those growers, last year was lacklustre at best, and this year is looking bleak with every passing month. It is not farfetched to foresee 2019 bringing more than one company to its knees due to peak roses. 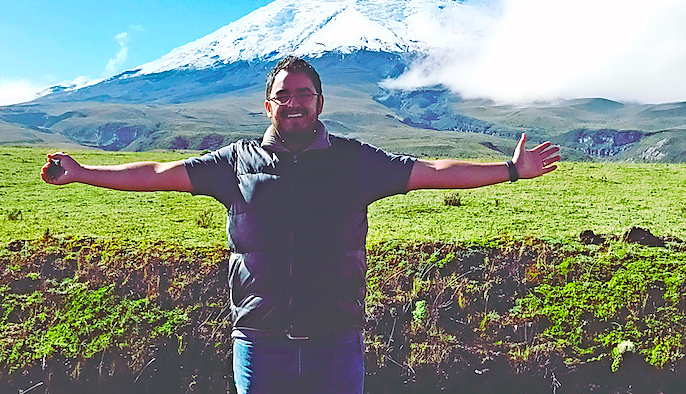 Overproduction? Ecuador is coming to terms that their existing production levels are not peaks anymore; it’s the new normal. Ecuadorian production for last year stabilized from the renovations made during 2015-2017. Consequently, they have more industrious varieties currently reaching maturity and normal levels of production. In 2018 Ecuador produced roses at near maximum capacity, but there was no market demand to sell it to. The Ecuadorian producer is growing more than what they can sell anywhere in the world.

Production Instability. Climate and lousy chief conductors (agronomists) have created a phenomenon that has left Ecuador in poor standing. Growers either have too much or too little product, but very little consistency. In the past, this was manageable. Just like 1950s marketing techniques of: “build it an they will buy it”, rose growers operated under the premise that they could grow it and buyers will flock to take their product. That is no longer the case; current production leaves unsellable roses behind. Between climate fluctuations, output instability, and increased yields, Ecuador is in big trouble.

Easy pickings. Colombian growers have been enjoying a golden age over the past few years. The dollar has been higher than expected which, has allowed the growers to cover their expenses easily and left them a substantial margin. However, not everything is as it seems; currently, Colombian growers depend on a high dollar. Growers are not as efficient as they should be at maintaining a competitive edge regardless of the US Dollar. Many companies will become unprofitable if the fx rates favour the local currency. The effects could resemble the last US/COP crisis. Furthermore, Ecuadorian oversupply in the rose market is affecting the growers as they are forced to compete with meagre prices at certain times.

Harvest dates. The main advantages in Colombia are the reliability and stability of the rose production. Roses come out on time and when they are needed, a thing that Ecuador has struggled with for the past few years.

Tax breaks. Colombian freight rates to the US also help local producers. Another competitive advantage for the export of roses to the US and Canada is that flowers are not taxed (unlike their Ecuadorian counterpart), making a difference of up to USD 0.07 per stem!

Sale value. The Colombian producer has maintained a solid price as both the grower and buyer appreciate the product value. However, Colombian growers cannot sustain an extended price war with Ecuador. Many are worried that if the situation continues, they will not be able to hold on to their businesses. Quality and stability can’t always compete against price; especially when they are so low.

Solar radiation. Last year had less accumulated solar radiation than other years which resulted in lower production levels nation-wide. Because of this Colombia was not at full production.

African producers did not have a good year in 2018. Floods, lower production, and yet new regulations increasing base salaries affected the local industry enormously. No, they did not lose money, but complaints about lower prices elsewhere and large unpaid invoices are putting too much pressure in the local industry. Working through the Amsterdam Auction has pros and cons; just as many advantages and disadvantages as selling directly to wholesalers or distributors all over the world. Furthermore, Africa had less production than expected and a lower selling price. What will happen when they reap 100% of their possible production levels?

Over the past few years, Miami and Los Angeles have been inundated by roses at absurd prices that barely cover transportation. The speculators and locals have taken advantage of this situation, but what does it mean for the grower? Selling below production costs means that they lose money and that the market is poorly accommodated with a cheap product at unsustainable prices over the long run.

Another key player to keep in mind for the Los Angeles market is Mexico. More Mexican product is reaching the US at a meagre price as quality and freight rates are considerably lower for them. Because of ground transportation, Mexican growers can ship their roses in proconas: basically, a bucket of water for roses. Cut roses transported in water, hydrate better than those that are not. Ultimately, this means fresher roses for the consumer. Consequently, more fresh roses will inundate the market at a lower price. Supply increases, but does demand rise to match it? We are not increasing available demand we are just replacing A rose with B rose, we are cannibalizing our industry.

Eastern Europe is growing slowly but surely with their local rose production. Rose plants grown beneath metal and glass greenhouses have larger output levels than their plastic counterparts. Pair that with no international freight expenses, and you have a compelling rival to the southern hemisphere growers.  The demand these producers supply is mainly short and cheap roses. Thus, local production is replacing some imports in Europe.

The evidence is there. It seems that Peak Roses is a reality.

So, what does the global rose industry need to do to reverse peak roses?

Productivity seems to be on the rise everywhere with new tech and varieties, but the market does not seem to know what to do with them. What if worldwide supply surpasses global demand? Declaring what will happen is hard, but the evidence is there to confidently claim that growers and wholesalers alike should all be afraid. Nobody was expecting this, but it is a reality that we must all prepare to face.

Luis Cadavid is a C-Level Executive with a demonstrated track record at exceeding expectations, reducing inefficiencies and opening new markets in the commodities industry. He is also a Business Consultant specialized in sales, management, agribusiness and human resources.

‘In Nayón, the price of each individual plant must be negotiated’